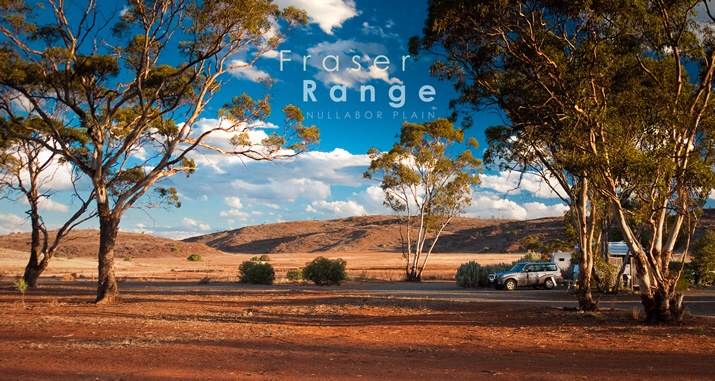 Started new job today !
The staff looked pretty rushed yesterday and I felt sorry for them –offered a hand which was gladly accepted. I am having a day off so was happy to work . The exodus of the guests begins early and by 9 am the place was nearly empty – the team moved in with all the work – washing – cleaning – hospital corners- ablution blocks clean downs. For my half days efforts I have been given my room and two meals no charge. Working — a big change! 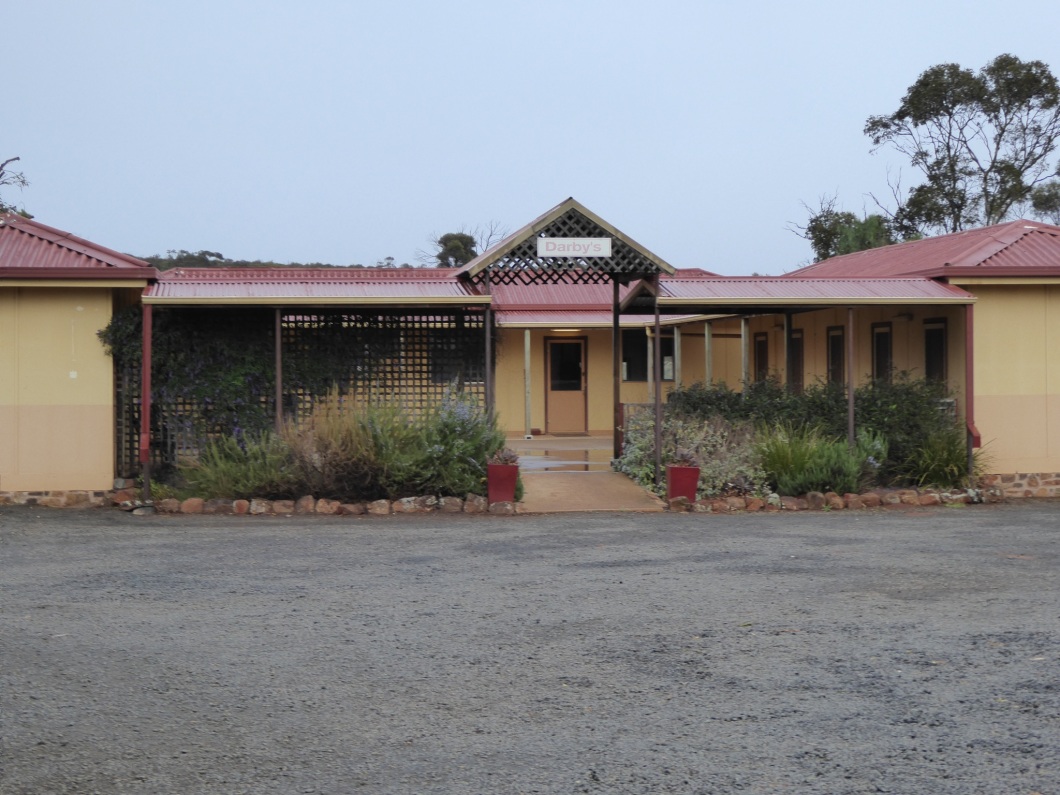 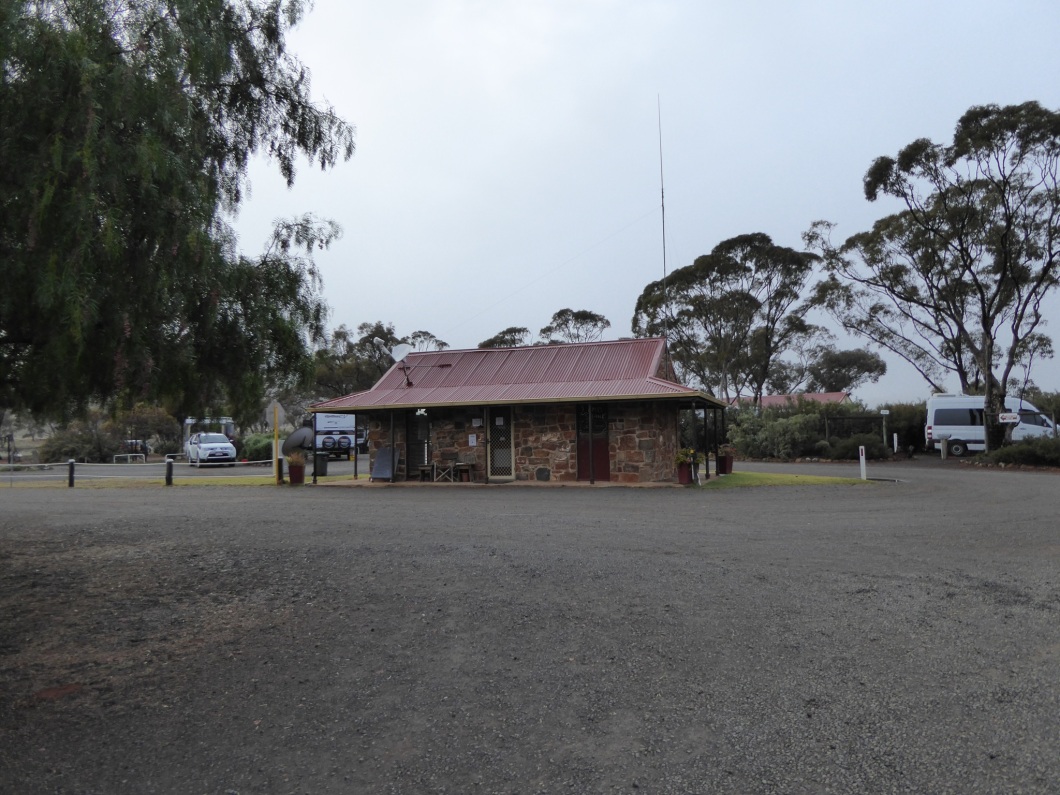 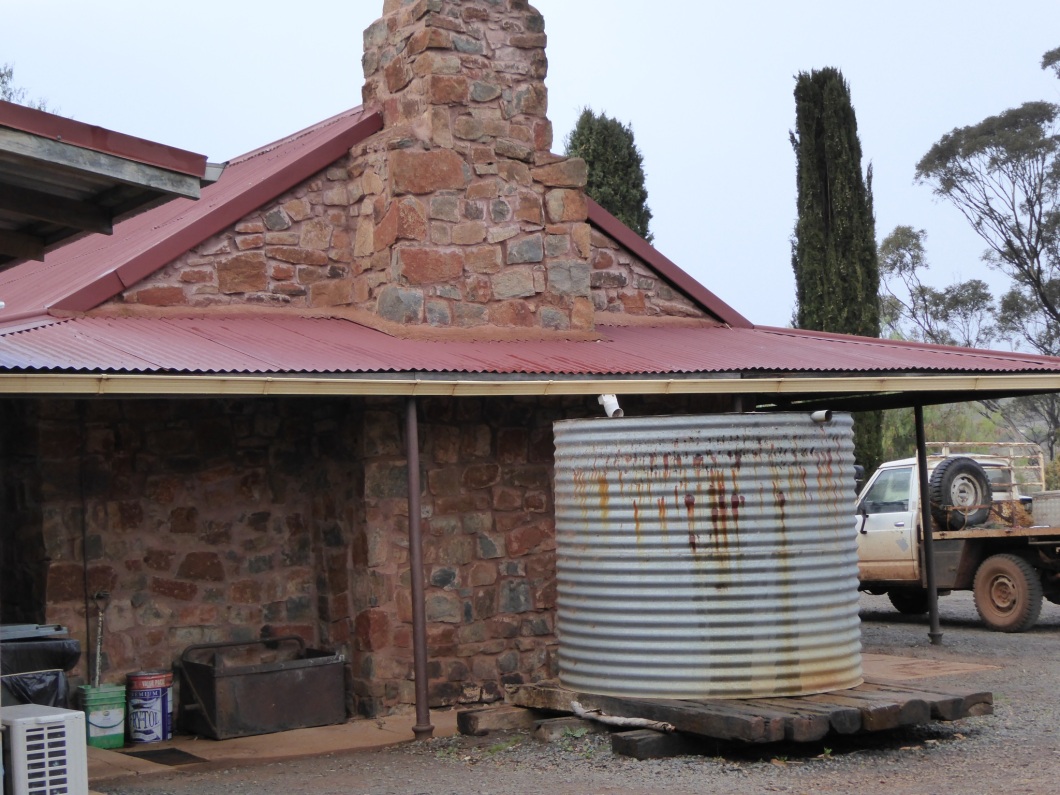 Originally founded by John and Alexander Forrest on their expedition to Adelaide in 1870, the property Fraser Range Station was first settled by the Dempster brothers in 1872 making Fraser Range the first station to be founded on the Nullarbor Plain. Some of the old stonework remains – an interesting testament to the skills of these pioneer settlers.

Fraser Range Station has no neighbours except for Southern Hills Station on the southern boundary. Southern Hills Station was originally a part of Fraser Range Station. Today the owners have almost given up on sheep and are beginning to stock with hardy Brahman cattle and have switched to a tourism theme with rooms , caravan parks and spots for the campers with their flash ruggedised trailers .

They cook a great meal served at 6 pm in a large communal dining area. Last night there were over 30 diners not including the other caravaners catering themselves. Had 2 jolly swagmen, perhaps 10 camper couples , 20 caravans and the guests in the various standards of rooms. 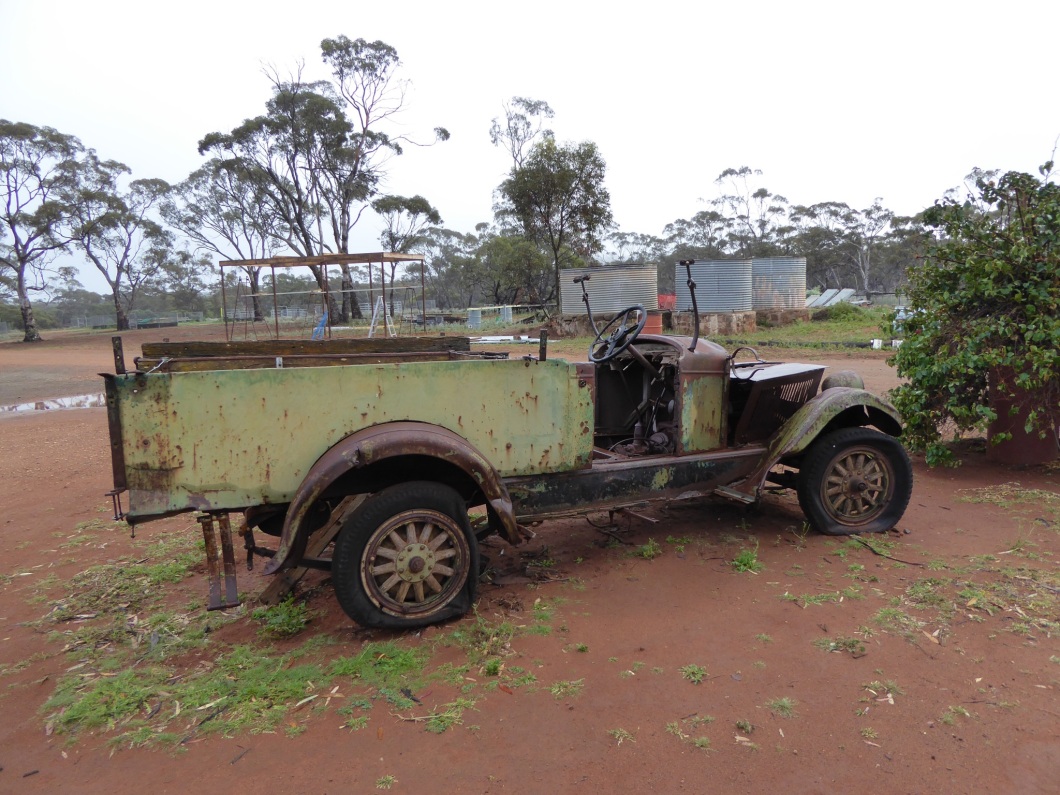 1927 Chrysler A60
Story goes that it was in the showroom in Freemantle with a sign to the effect ” we will trade anything” the original owner traded in a camel – wonder how much it was worth then?
A great day to be doing something else – it dawned misty and we have had some cold rain today. Ready to ride again tomorrow that is unless they offer me the managers position .