Shopping trolleys in Japan and obesity 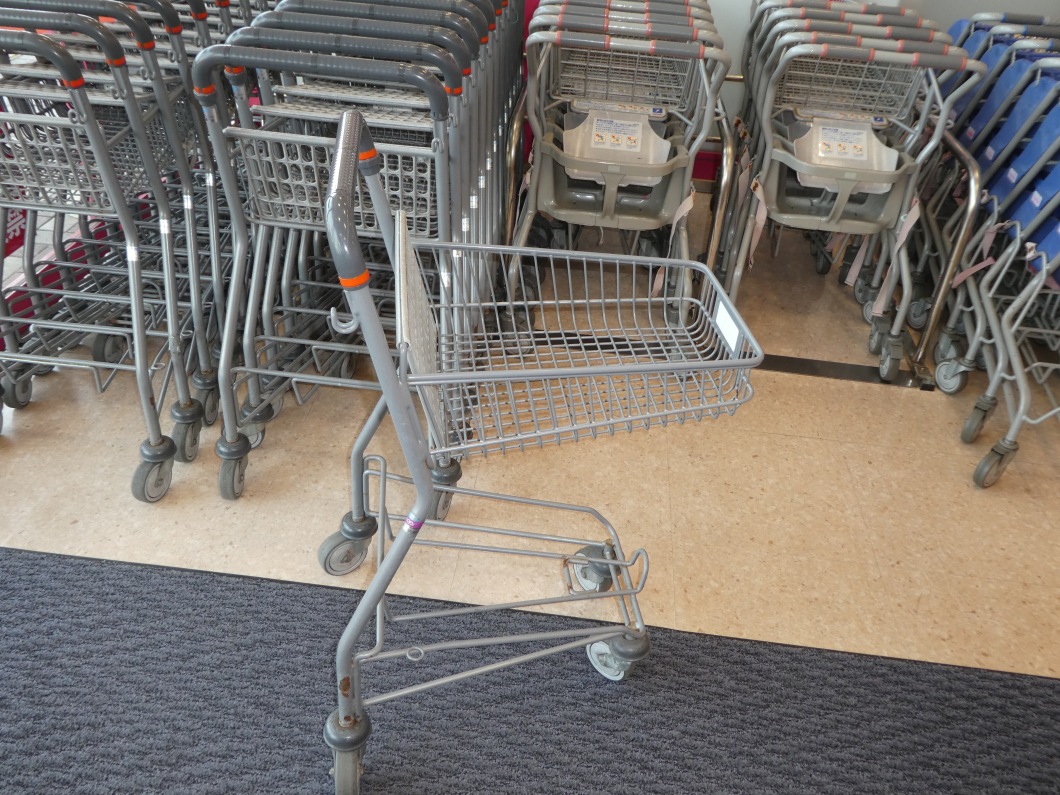 Apart from the wonderful Kombinis that make shopping and refuelling for the traveling cyclist so easy , Japan also has its share of larger supermarkets and I have visited a few to check them out. The first thing you will notice is the size of the trolleys – maybe about one quarter the size of a kiwi trolley —

Could this be the reason that it is extremely rare to see overweight Japanese folk – and when watching Japanese ladies behind their pint sized trolleys they seemed perfectly proportioned .

Stay with me here eh😉

Now this pic is not from Kerikeri — but it could well be the typical size of many shoppers trolleys exiting new world – our ladies ( and gents) are altogether more pretty but maybe not in the altogether!

Picked up an interesting AU media thread that picks up on this issue.

Large supermarkets are undoubtedly very convenient. They’re a one-stop shop with a huge variety of products on offer. But evidence suggests their size prompts us to shop less often and buy more on each trip. Could the enormity of our shops be making us fat?
A recent study of eight similarly wealthy countries found only New Zealand and the United States had bigger supermarkets than Australia. Perhaps it’s no coincidence that those two countries also have a higher prevalence of obesity than Australia.

In fact, the research found an almost perfect correlation between how big a country’s supermarkets were and the number of obese people in that country. While there may well be other explanations for this association, the link between shopping less often and buying less healthy foods strongly suggests that store size is indeed a big part of the problem.
So the Japanese way of shopping with much smaller carts may be very beneficial to assisting weight control