A great camp site on a deserted island

Uonukuhihifo Island – 2 days
A short paddle down this island chain bought us to this really lovely Island – finally a half decent camp site – plenty of easy firewood including huge numbers of old dry coconuts washed up above the high tide mark in tropical storms. So good we have decided to stay for a few nights.
On Monday we paddled further on up the reef system to this perfect gem of a small island called Limu. There was a small group of yachts anchored about 1 km off the island and we chatted with some guys and managed to secure a further 8 liters of water. We got lucky enough to catch 3 tuna on the way out and we gave two to a young American couple ( Harley and Jennifer and Sophia off Leilani )we met on the beach. They were really appreciative of the fish as they had had no luck fishing. in return they very willingly gave us a further 10 liters of water and some fresh bread they had just baked. A good trade .
We had our own personal whale experience on the 7 km return back to our camp site and saw at close quarters a mother and calf swimming slowly in the deeper waters close to the reef. We have seen many whales in the distance but this time it was close up and personal.

The Vhf and single band radio the yachts chat on has been useful and we arranged a high seas rendezvous with the yacht “Blessed”Lindon and Rachael and kids who had a back up bag of food we left with them in Pangai. They are about to sail home to NZ – but with help of other yachts relaying via vhf they established our position and we met as we were heading back to our camp. Lots more food again.

been experimenting with a recipe for a Tongan cocktail with very limited ingredients . ” Tongan surprise ” take a double or triple whiskey – add 100 mls of coconut water – put in a twist of lime. Close your eyes and try to pretend you have an ice cube chilling your drink. While it has been OK- at a pinch- it is unlikely to win awards.

The joys of camping – mainly about the lack of comfortable places to sit down- and the struggle to get back off the ground like beached whales , or cast sheep is manifesting itself with lots of aches and pains and feeling muscles that have not been used in years.We both note that this free camping lark was a lot easier when we were much younger – but to quote that great wit (Twain?) ” youth is wasted on the young” On a positive note the Exped down/ air mattresses are superb – thanks Phil and Linda for the inspiration- so much better than the other brands.
However when the going gets really tough we just turn on our little short wave radio and listen to radio NZ news and after the weather forecast is read we feel just so much better. 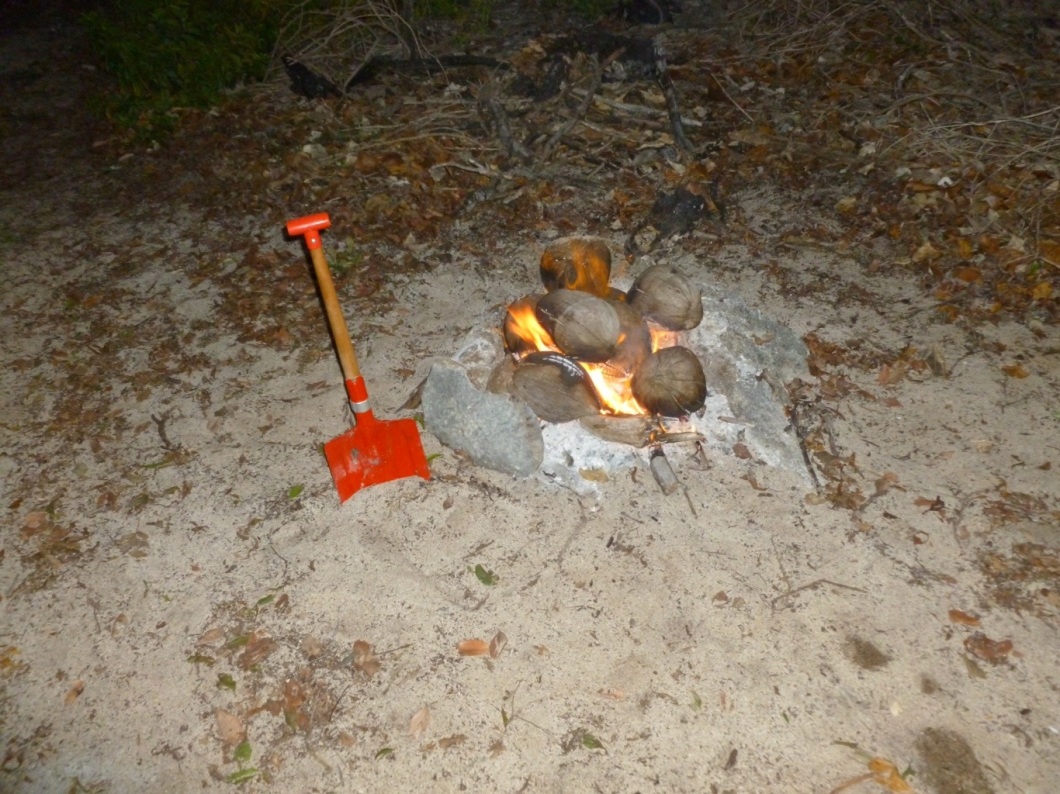