Took and hour from our Collingwood motel to the start point for the track. Bit of minor drama when after a brief stop we ( the driver at least ) drove off without Roger in the back seat – an honest mistake! Roger took it well .

The walk was a long gradual climb in mixed bush – moving up thru beech forest. the gradient is gradual but nonetheless relentless. A first big test for 2 x 3 sets of old knees and various other joints.

Arrived at the almost brand new Perry’s Saddle hut by about 3pm – I was very foot and calf sore and happy to get the boots and heavy pack off my weary shoulders. Graham – the vet from Whakatane -an old mate of Rogers seems the strongest and fittest – Roger also fine – I struggled a bit.

The new hut is huge and very modern – has solar electric lighting for the big kitchen area and gas hobs for cooking in style. A big crowd of about 20 ish made for and interesting evening and night. Hard to get to sleep with so many people in the same bunk rooms – some light snorers and noisy sleepers. Everyone was in bed by 8.30 pm as it was dark stormy and freezing outside. A big lighting storm with rain moved thru in the night and snow fell dusting the tops. 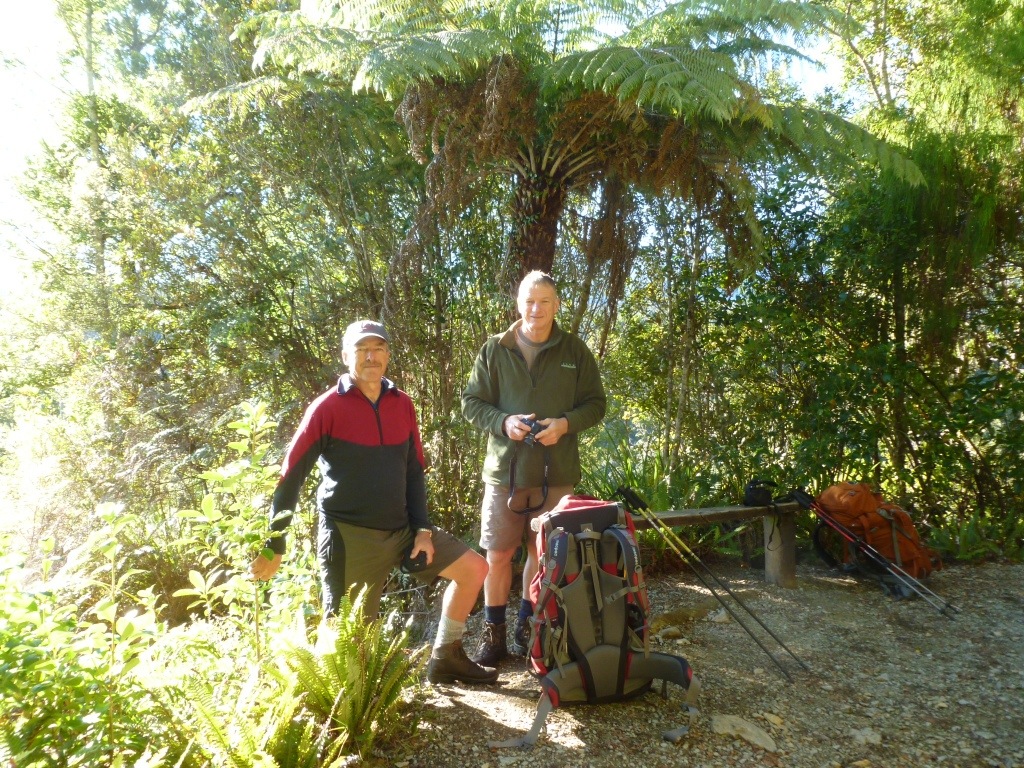 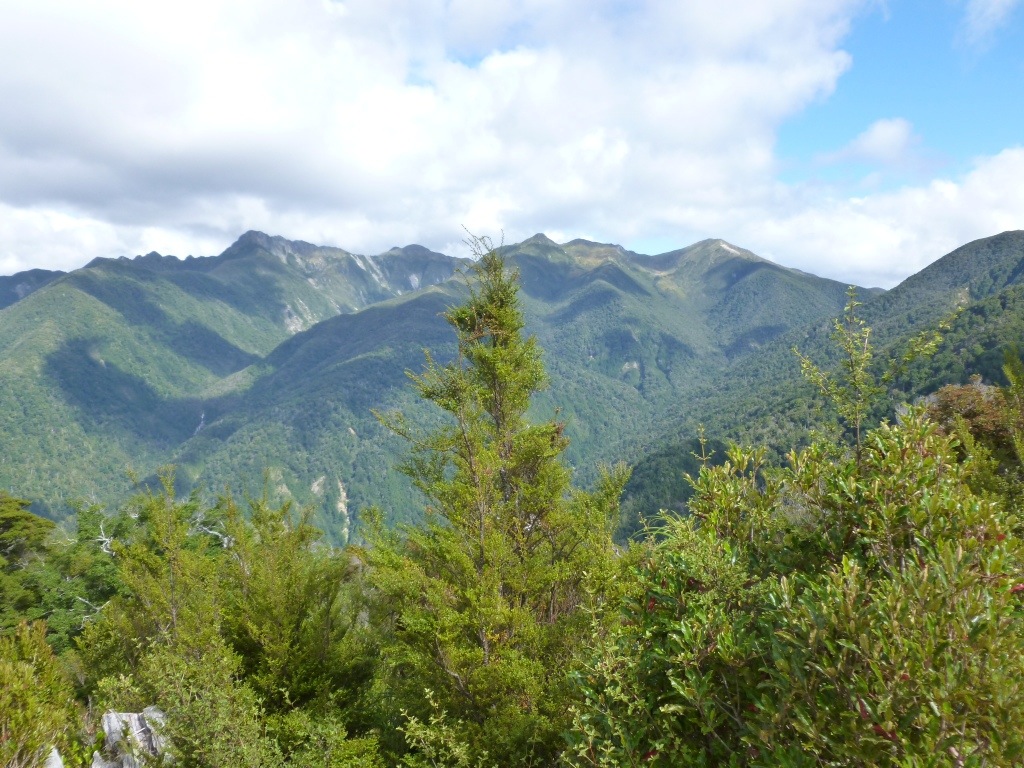