Windjana Gorge _
This was our last Hurrah stop on the Gibb River – a particularly spectacular very ancient area formed as a reef in the Devonian period of the earths history – 360 million years back. There was an interesting informative plaque about this period – so called age of fishes. Some idiot had defaced the display by concentrating on scratching out the word ” million ” after the 360. I’m guessing it would likely be some God botherer still stuck in the inerrancy myth of a ” young earth ” Windjana is a poignant reminder of just how long planet earth has been evolving – a magnificent sight.

In the big dry what waters remain become the haven for a huge population of fresh water crocs. So many to make any swimming a bit hazardous. A fairly high probability that you might inadvertently step on one in the water. So no swimming this time. 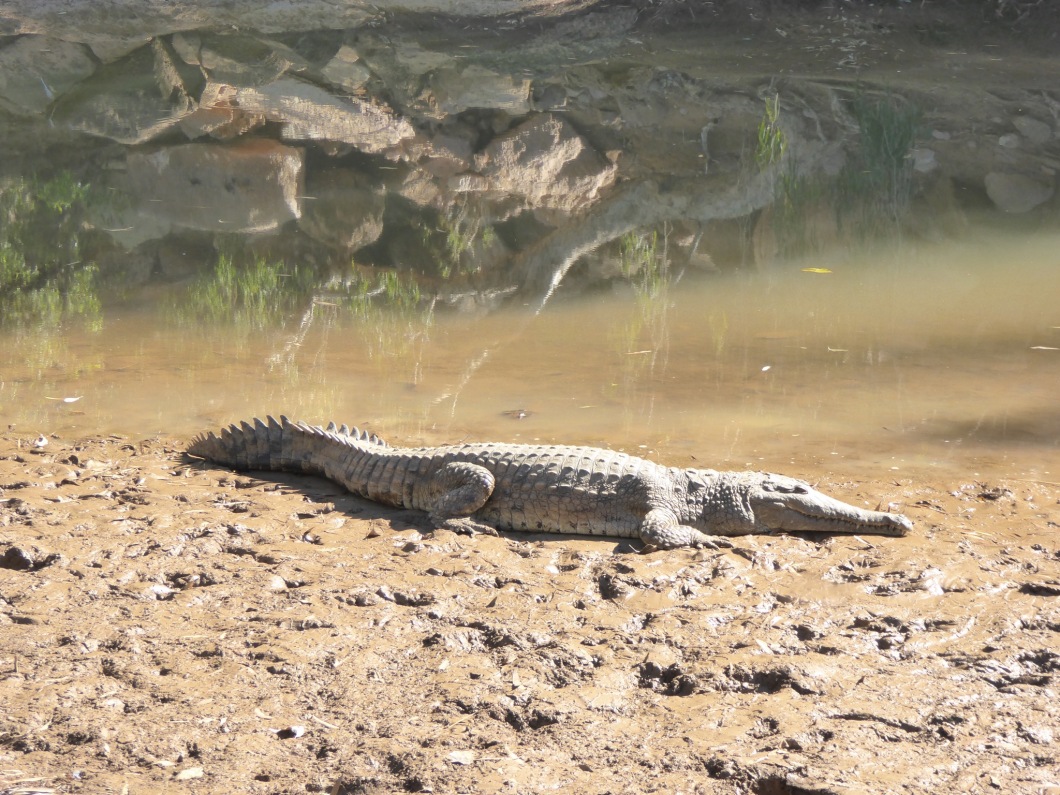 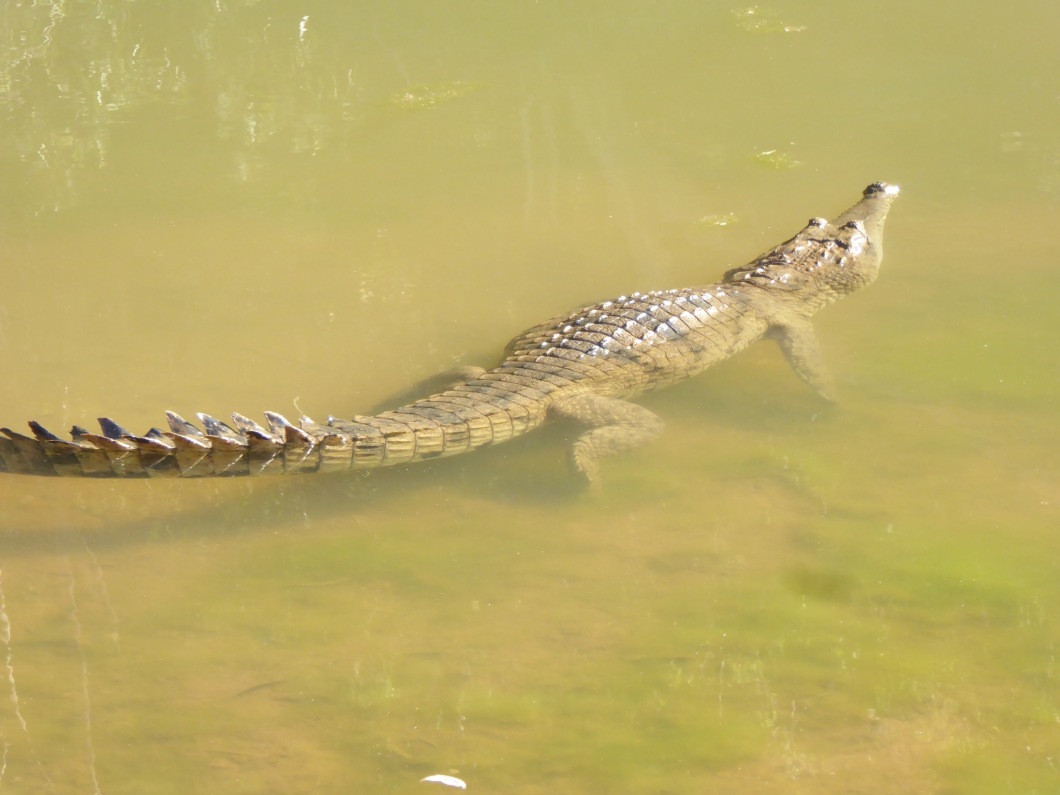 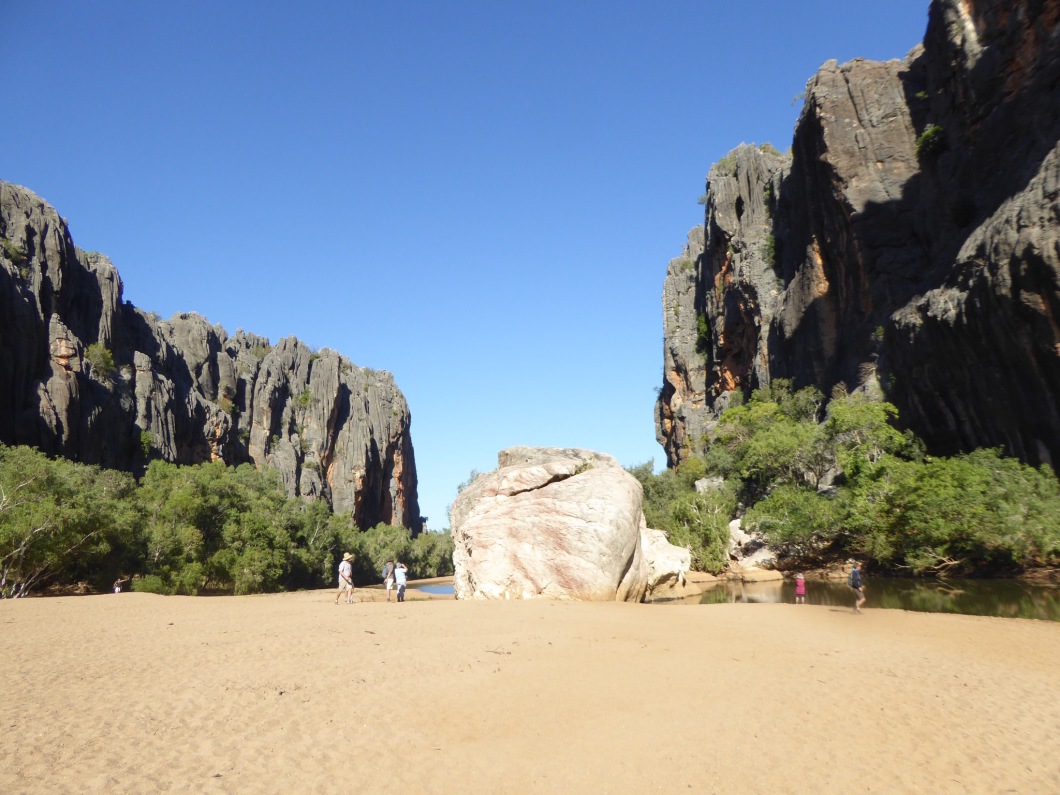 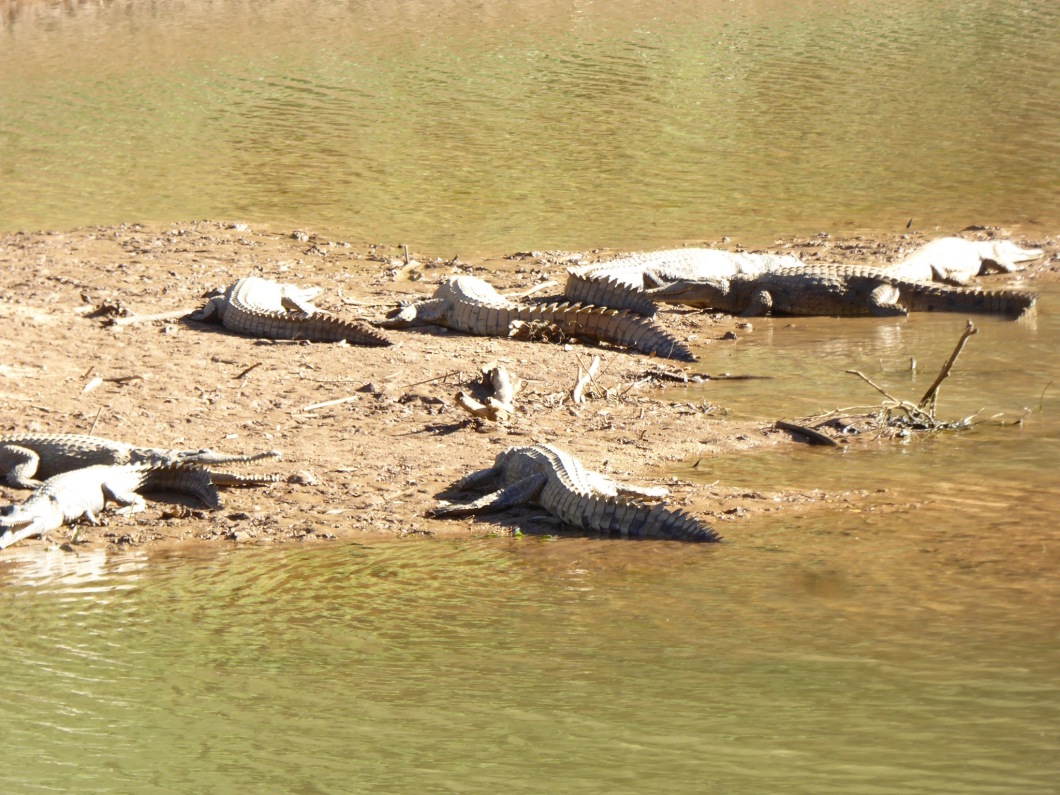 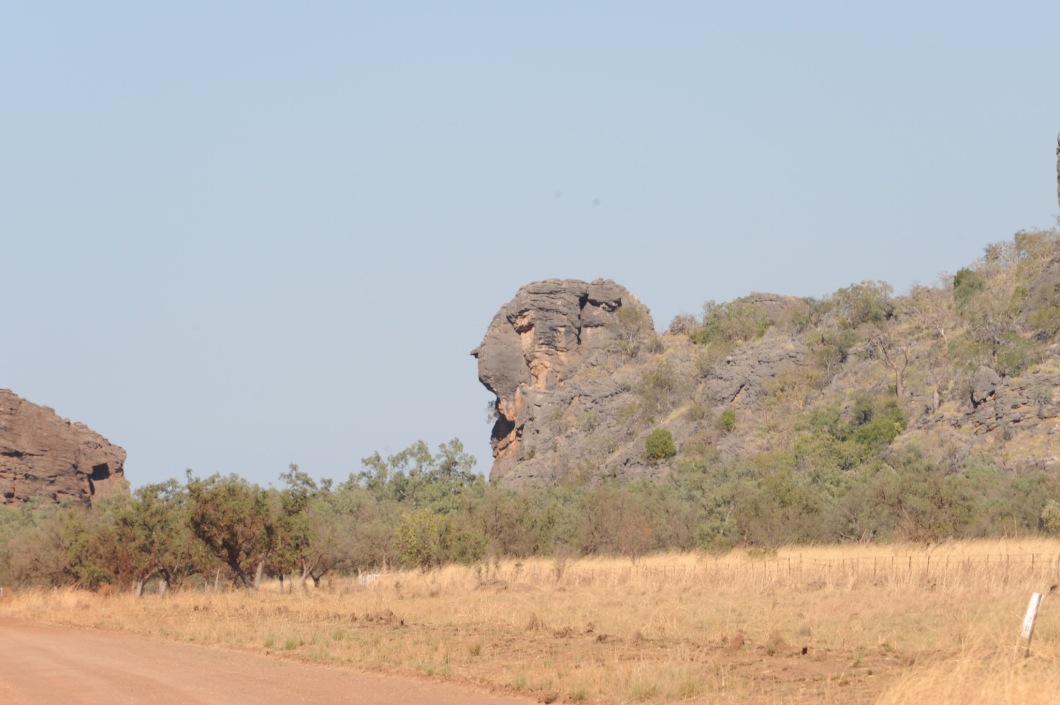 This photo opp stop on the Gibb called ” queen Victoria ” – can you see her in both pics ?