Purnululu ( so called Bungle Bungle ) is a world Heritage site and one of the ” must do’s ” for visitors to the Kimberly’s. It has a narrow road 53 km long , unsuitable for caravans , lots of sharp dips , fords and rough as guts. The national Parks folk have well set out camping sites within reasonable reach of the main attractions , large sites with plenty of privacy . We camped for 3 nights to get a good chance for a looksee.

First day was spent in and around the Echidna Chasm , this amazingly narrow deep slit cut thru the sandstone over the ages 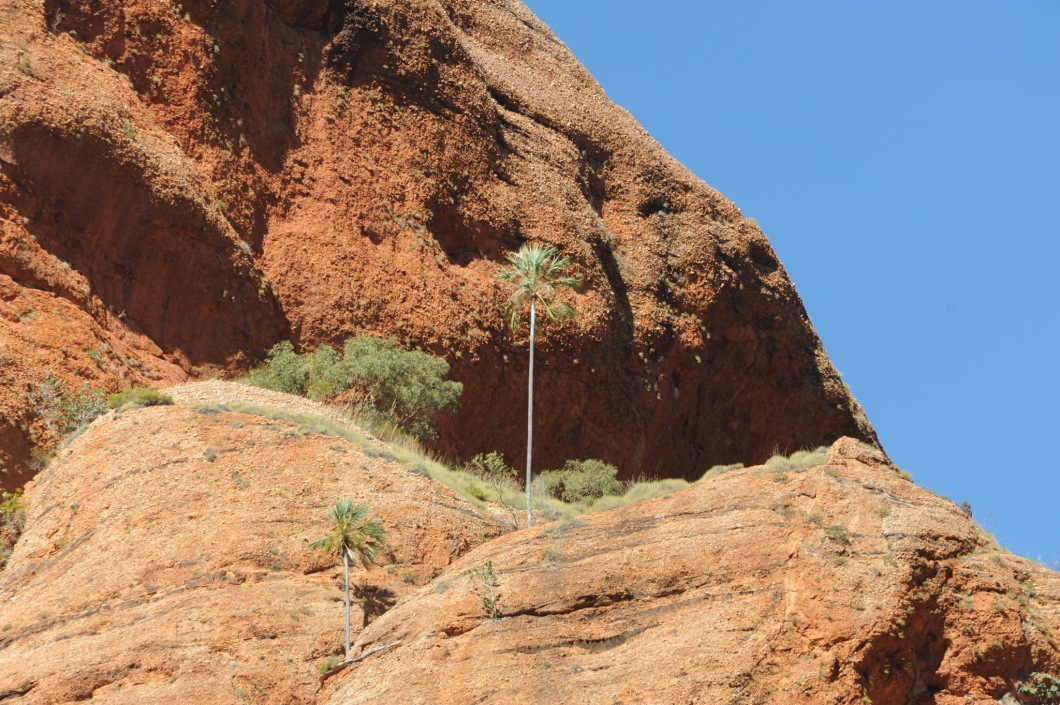 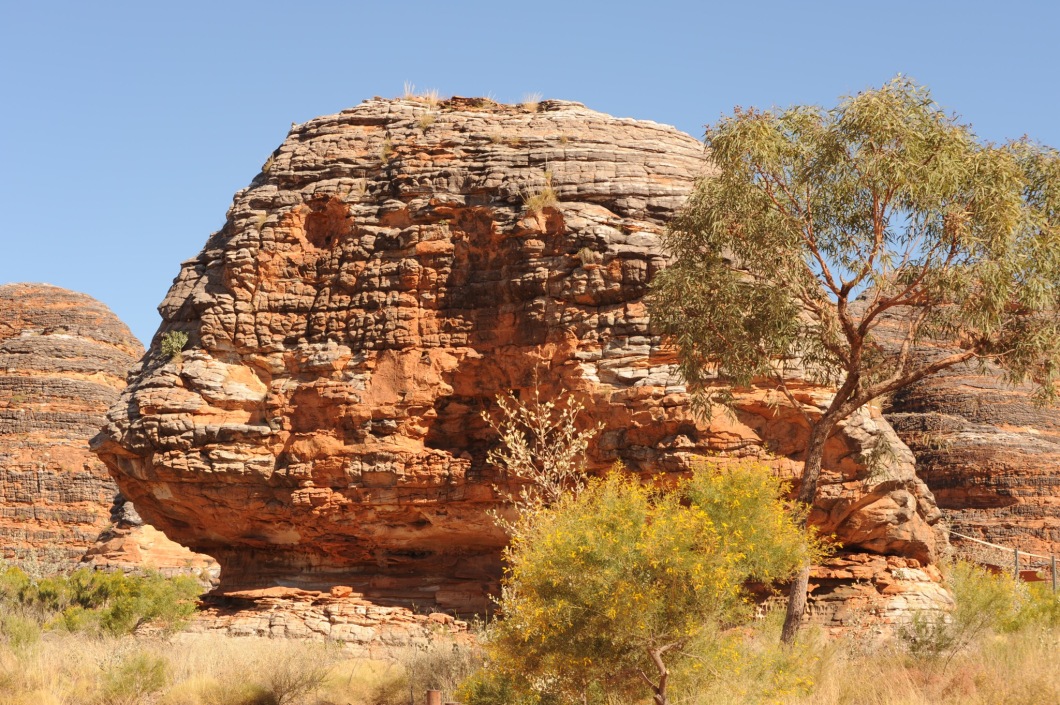 The distinctive beehive-shaped towers are made up of sandstones and conglomerates (rocks composed mainly of pebbles and boulders and cemented together by finer material). These sedimentary formations were deposited into the Ord Basin375 to 350 million years ago, when active faults were altering the landscape. The combined effects of wind from the Tanami Desert and rainfall over millions of years shaped the domes. Weathering also helped create this marvel. Water seeps into the rock, and at night it expands as it gets colder. This creates small cracks which eventually wears out the rocks.

The unusual orange and dark grey banding on the conical rock formations is caused by differences in the layers of sandstone. The darker bands are on the layers of rock which hold more moisture, and are a dark algal growth. The orange colored layers are stained with iron and manganese mineral deposits. 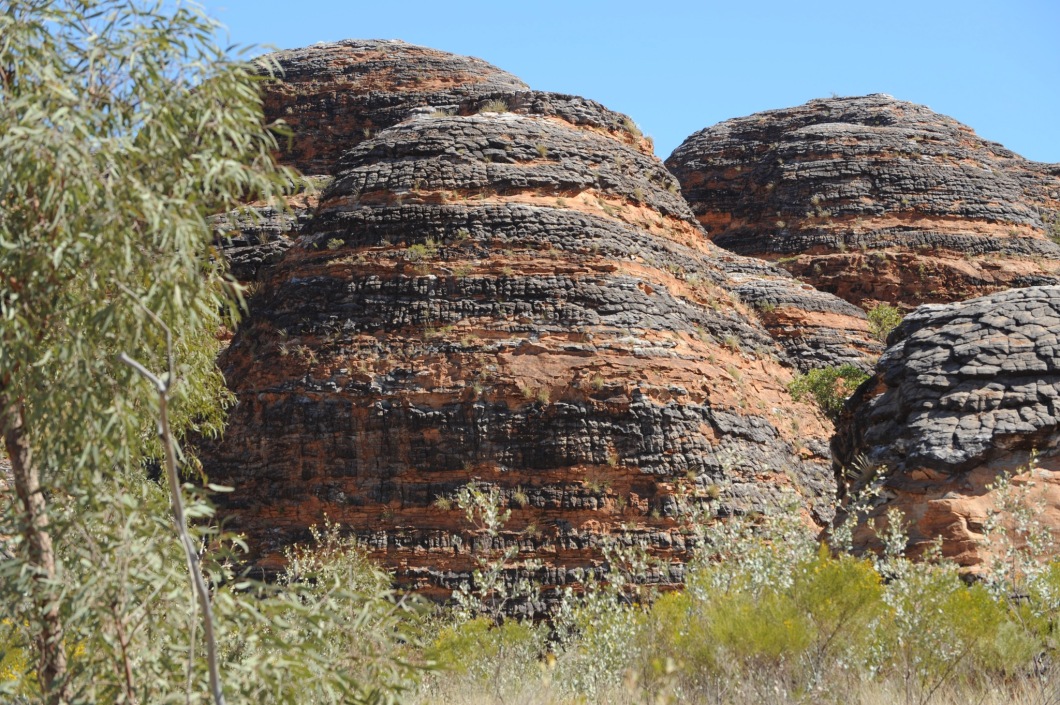 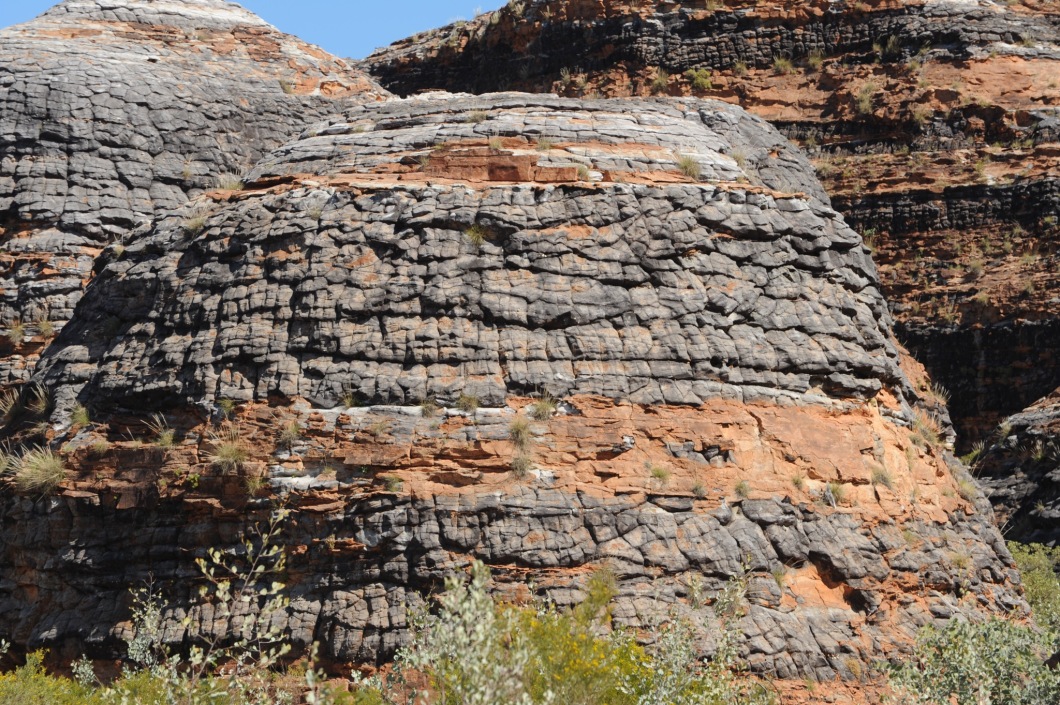 Celebrated my birthday here this morning – Barb gave me a big smile and cuddle together with a birthday card but an apology that their were to be no gifts. ” you haven’t taken me near any shops in over a week !” She did however offer that I could have , ” anything I want ” but followed shortly thereafter with a list of possible exceptions 😉
No so bad really – the Cape Leveque fishing trip last week that was very exciting was my early birthday pressy.