Termites and another ancient Gorge in the Fitzroy River

Was a big day on the road , and with surprisingly little to see in this parched earth savannah country. We were both relieved to get back to fully sealed roads after we completed the first 200 or so Kms on the sandy and corrugated Cape Leveque road.
The only thing that I took particular notice of was the new type of termite mounds , unlike other types so far observed. Interesting distinctive shapes and textures , like giant cauliflower heads ,but a quick search of Google left me little wiser to info on this species. They have been evolving in this region for millions of years and will likely still be here after humans disappear – incredibly successful insects. Their structures are huge however they are supposed to be smaller than the structures underground the mounds.

Geikie Gorge is situated at the junction of the Oscar and the Geikie Ranges. The mighty Fitzroy River has carved a 30 metre deep gorge into the remains of the ancient limestone barrier reef that existed here in the Devonian period.( 350 millions years ago )

When the Fitzroy is in full flood during the wet season it covers the whole national park. Those floods rise over 16 metres up the gorge walls and the continuous rise and fall of the water has left the bottom of the walls bleached white, an intriguing sight which makes Geikie Gorge very popular with photographers.

Barb and I took the late afternoon boat trip and I was happy with the light and some of the photos. 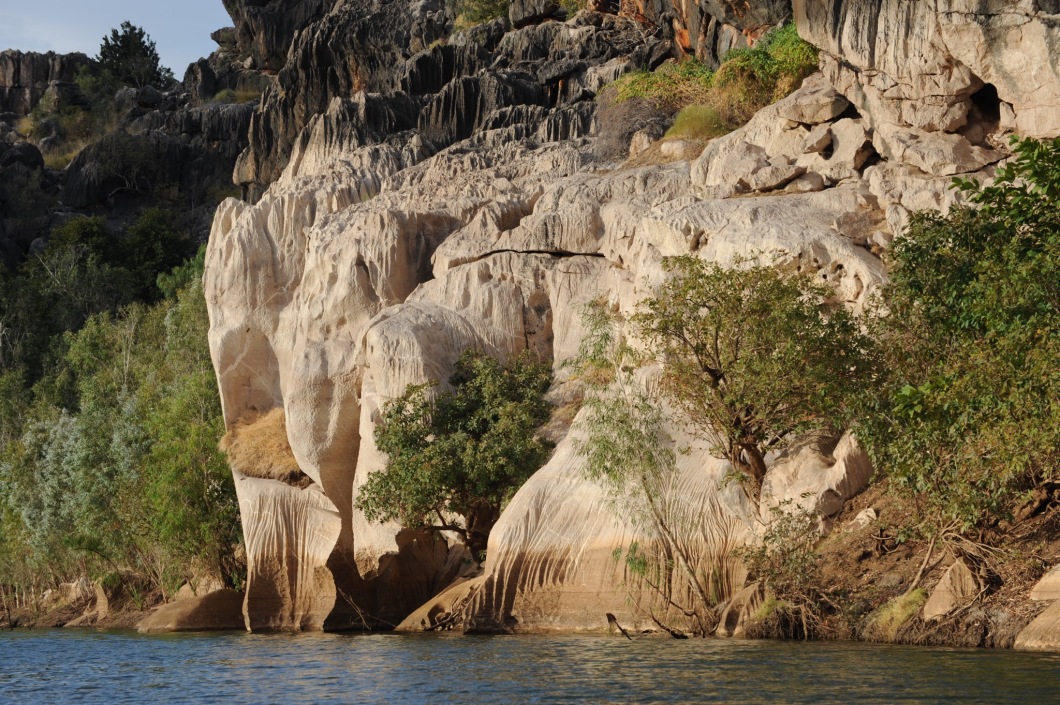 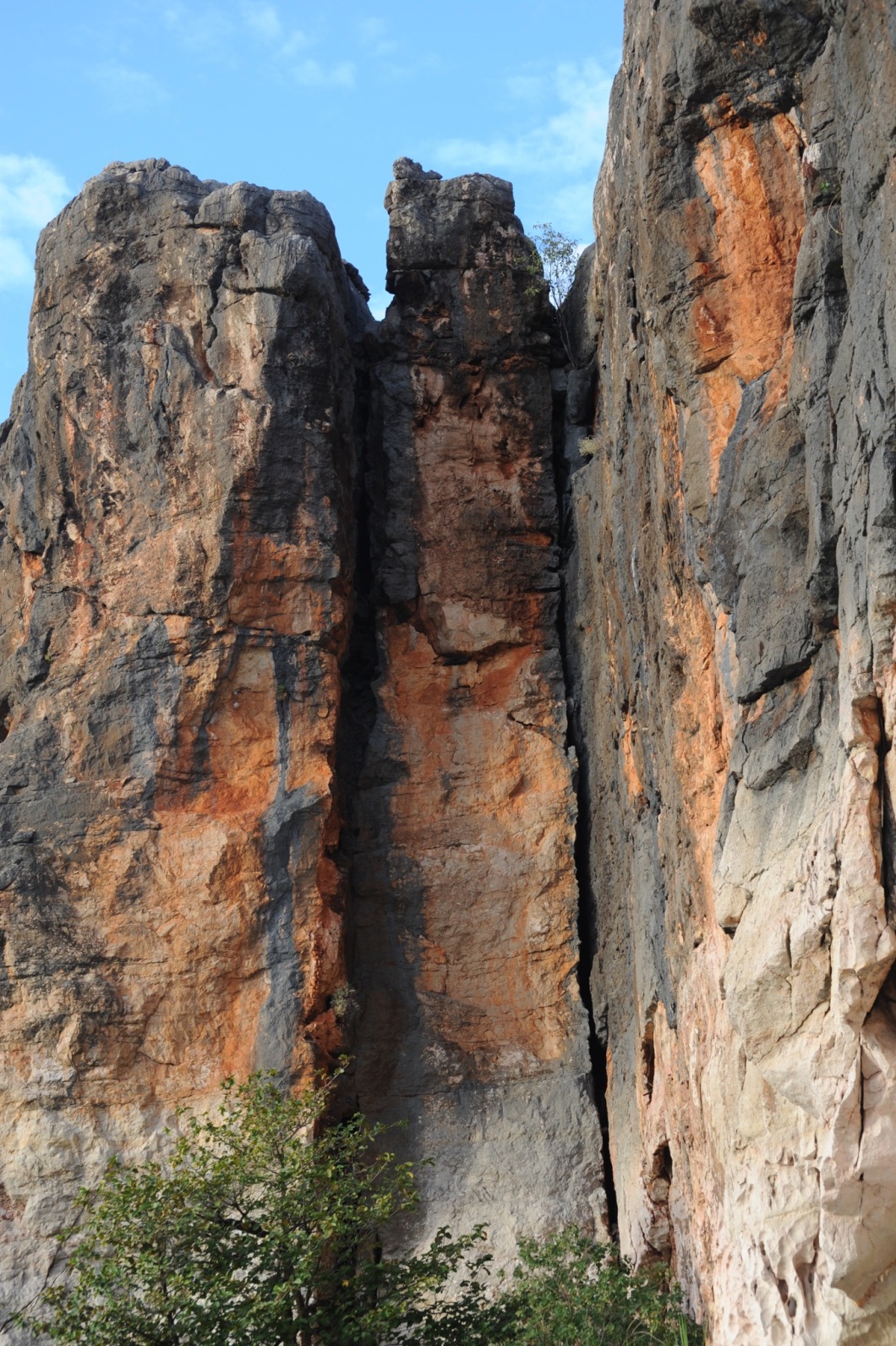 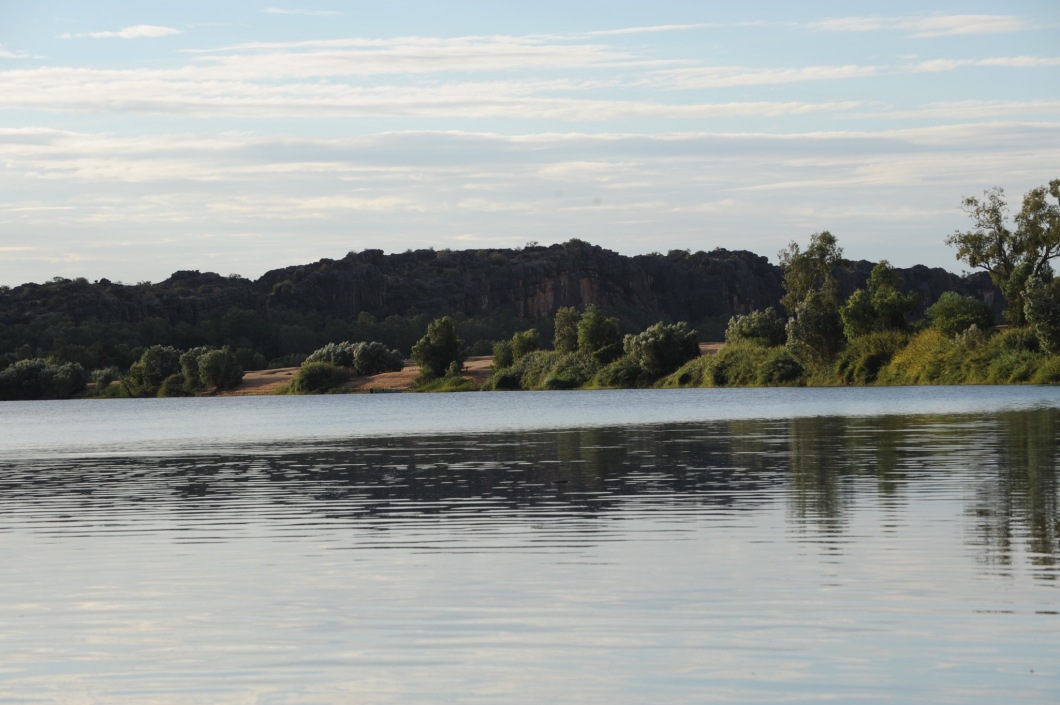 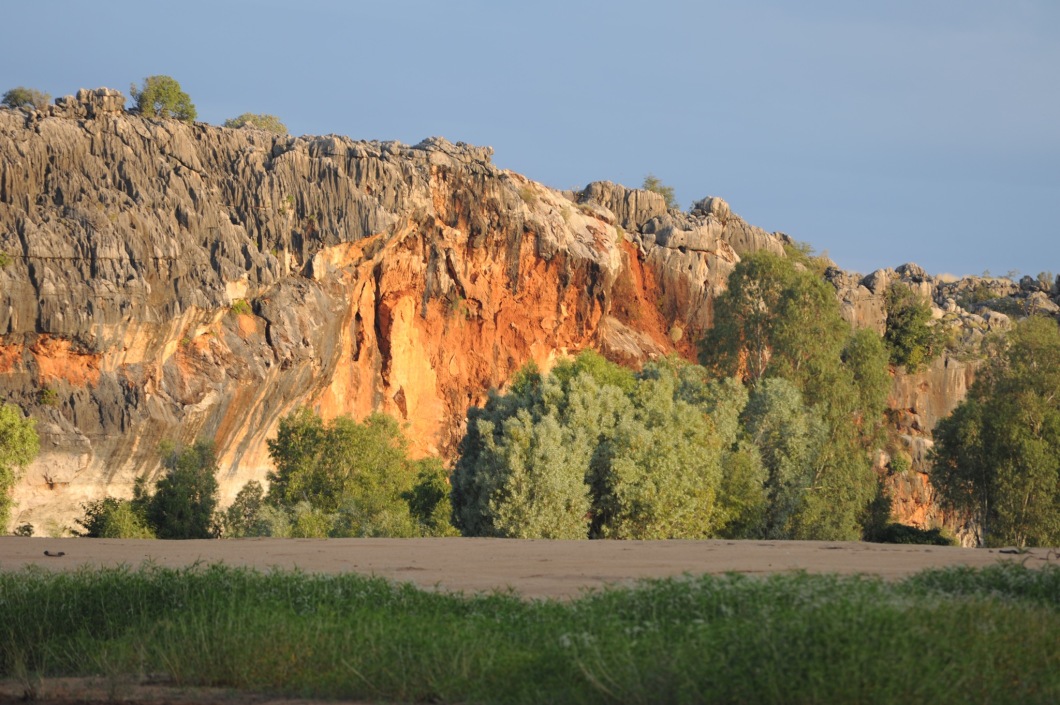 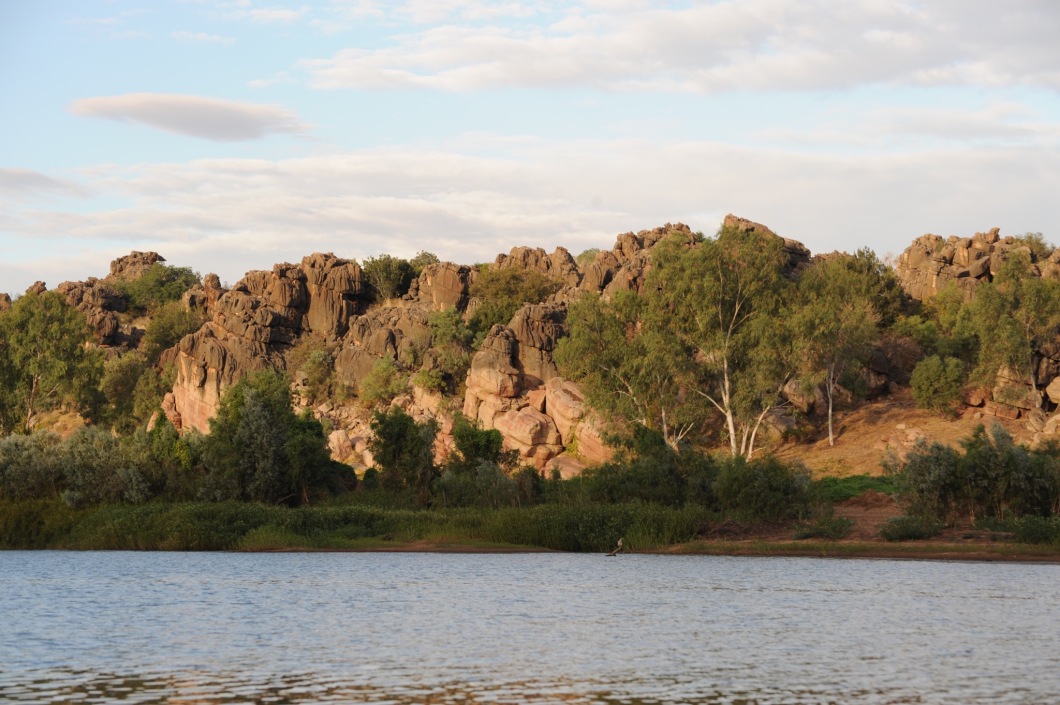 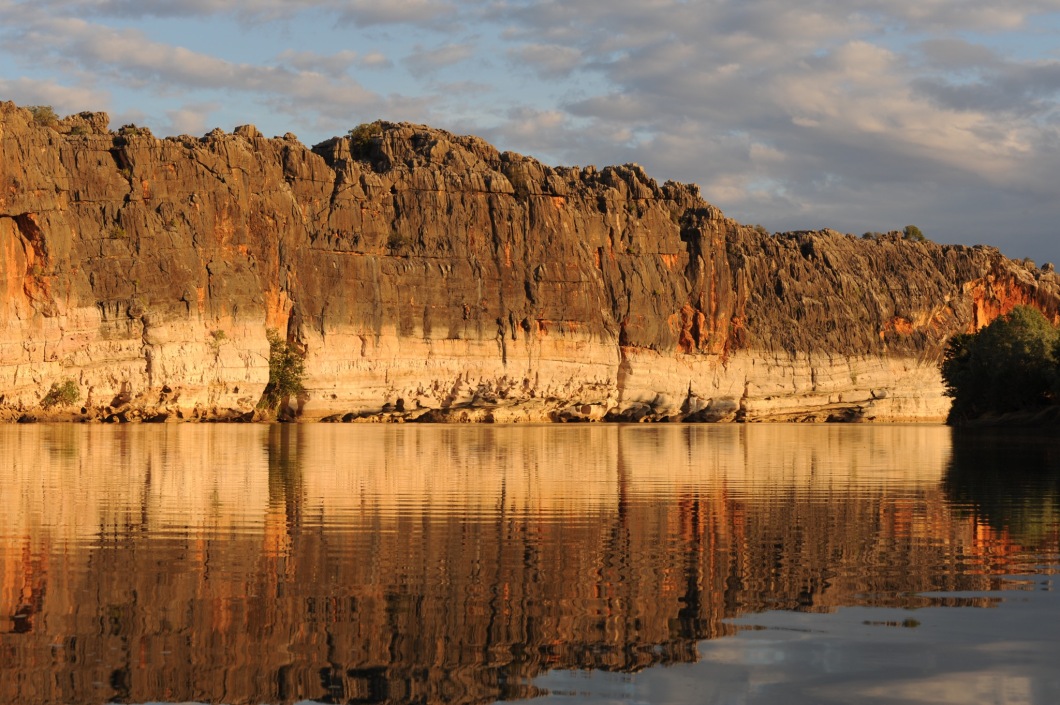