To Eat or to be eaten — Timber Creek – Victoria River NT

Went for the sunset boat tour yesterday on the Victoria River – a chance to check out the local crocs and birdlife . We got a chance to see the magnificent sea eagles fly in the grab the ” silver cobbler ” catfish that the skipper caught with his rod and reel. 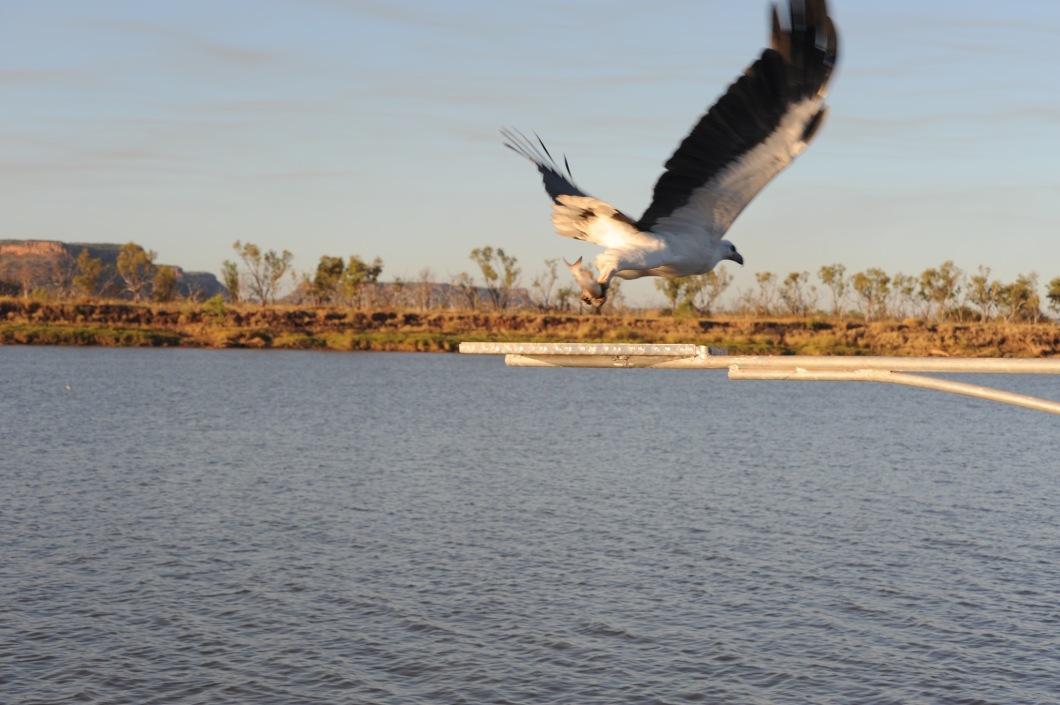 The skipper , a keen fisherman was keen to pass on his wisdom with a few tips on where I might go to try some shore based fishing myself. We got to see lots of big crocs – scary animals with formidable reputations . The skipper knew some names for some of the famous ( infamous ) old warriors that hold particular bits of the river as their territory. After dusk we were powering back in the twin engined 12 meters boat when we took a huge hit – enough to empty my wine glass. It was probably a very large Croc – so said the skipper. The energy involved in the hit would have to mean that he will be very sick if not dead today. They are tough though. 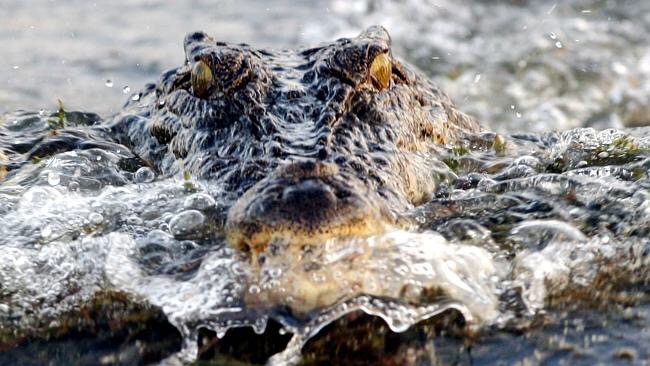 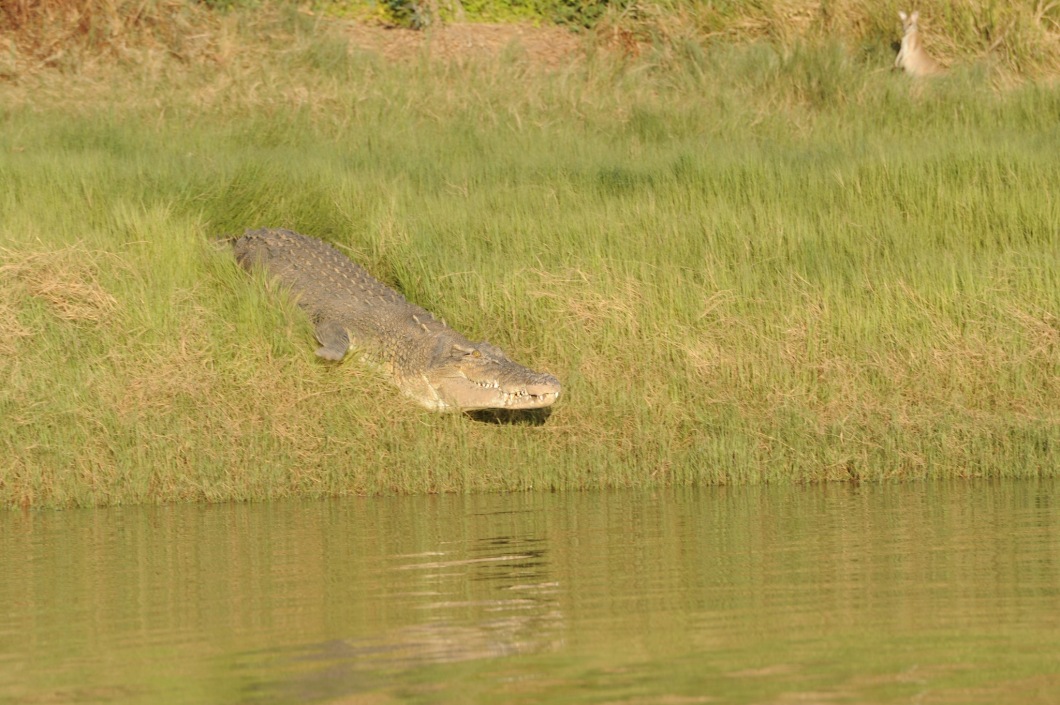 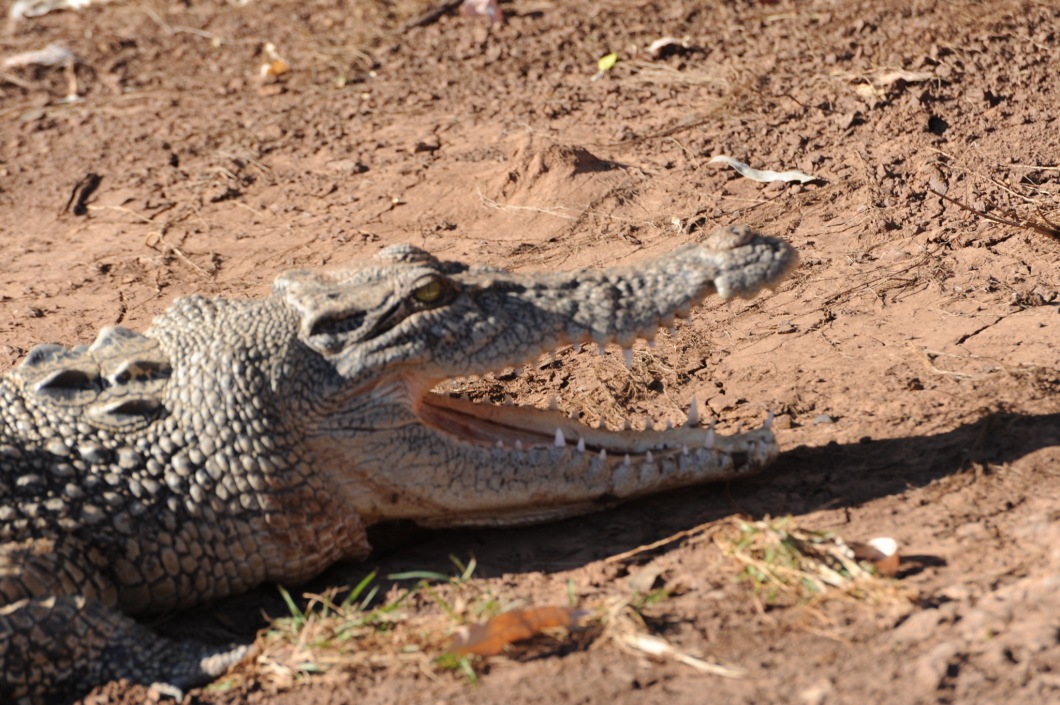 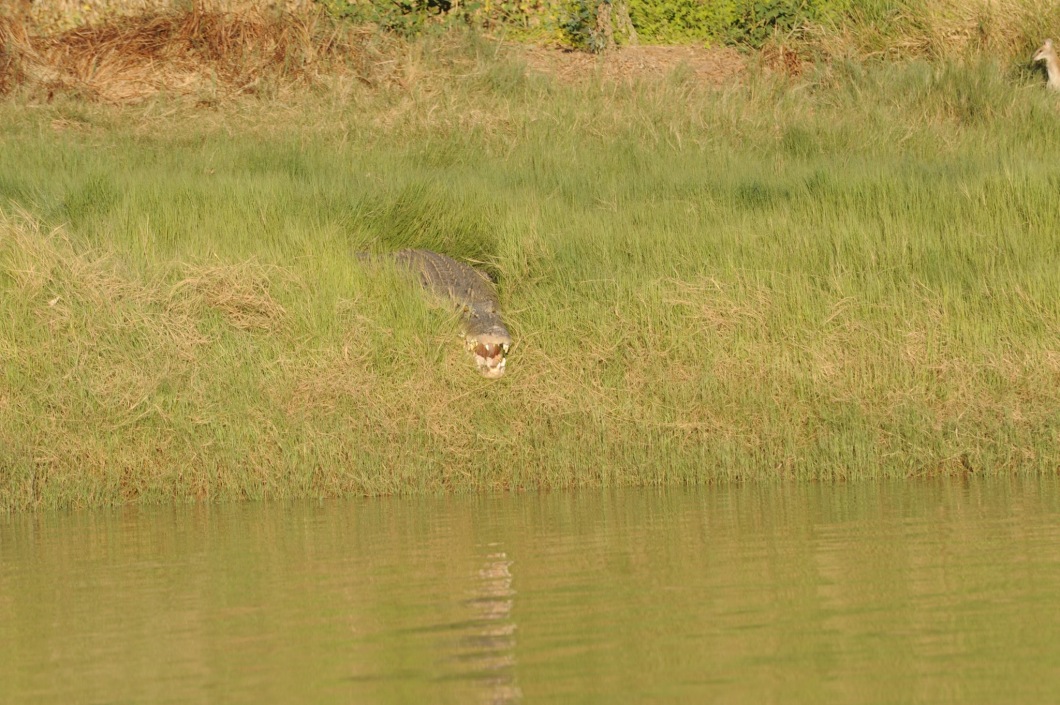 One of the tips is don’t stay in the same spot too long. I gave it a good 15 minutes of cast and retrieve but the never had any bites. The worry that “Old Joe ” the local big boy might be sizing me up niggled at the back of my mind. I had a knife firmly clamped between my front teeth with a very loose plan of ” what to do ” IF😱 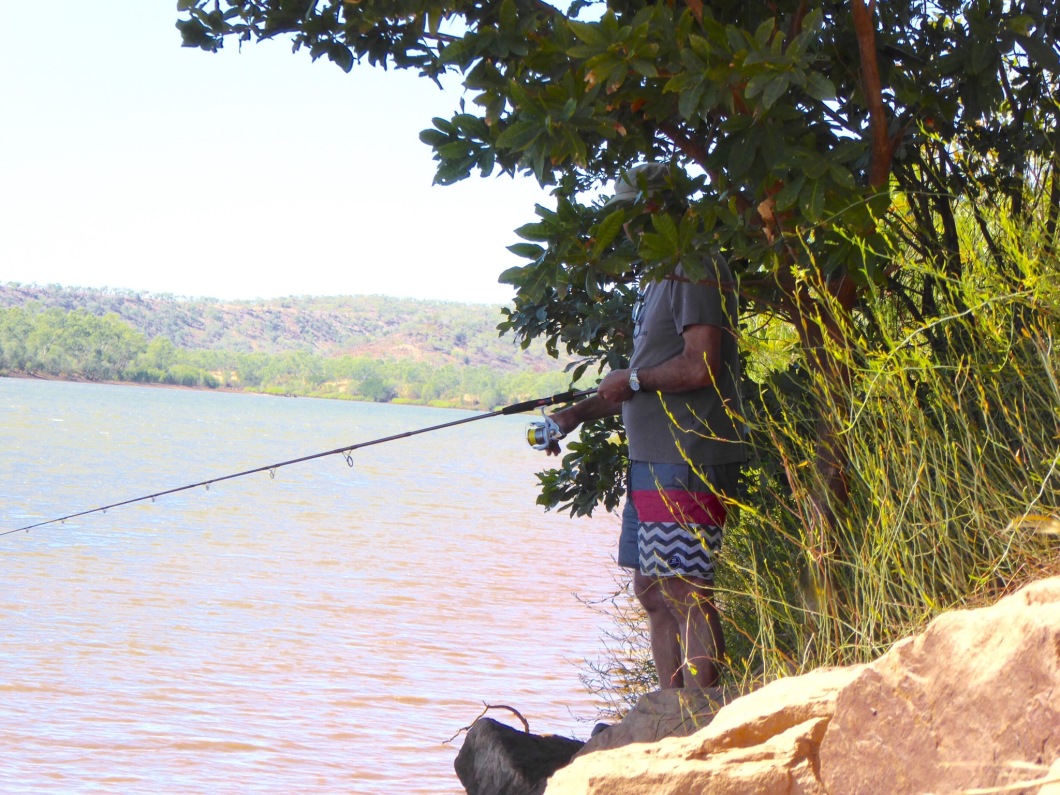 Here are a few survival tips for fisherman – may save your life1
Do your best to stay calm and fight back strategically. While the very notion of remaining calm during an animal attack may seem preposterous, doing so may be the only thing that saves your life.
If the crocodilian merely bites you at first and lets go, this is probably a defensive attack. Don’t wait or try to attack it, just run away as quickly as you can.
If the animal seizes hold of you, however, it will likely try to drag you into the water. In this case, you will need to attack it until it lets go.
2
Attack the animal’s eyes. The eyes of the crocodilian are its most vulnerable part, and several croc-attack survivors have reported eye-gouging as their salvation. Attempt to gouge, kick, or poke the animal in the eye with your hands or whatever you can grab. Don’t give up until you are free, you are literally fighting for your life.
3
Attack the animal’s head. If you land as many blows as possible on the animal’s head, you stand a higher chance that it will let go. Bystanders observing a crocodilian attack can assist by striking at the animal with sticks, poles, oars, etc., and by kicking and even punching the animal, especially in the head.
4
Attack the palatal valve behind the animal’s tongue. Crocodilians have a flap of tissue behind the tongue that covers their throats when they submerge in water. This flap prevents water from flowing into their throats and prevents the crocodile from drowning when its mouth is open. If the animal has dragged you under the water, grabbing hold of this valve may be your only choice. Once you get hold of the valve, it will cause water to flow into the crocodile’s throat, forcing it to release you.
Hard strikes to this valve may also cause the animal to release you.
At one point Barb lost sight of me for a while – thought I could hear her calling something about was my life insurance paid up 😉