Are the rectums any good ??

One of the amazing things about Japan has got to be the food. Even riding the bike through narrow laned villages the nostrils get tantalising hints of some unknown flavour , something I have never experienced before. The bigger towns have an extensive range of options , mostly catering for the locals.
Tonight in Hiroshima I am totally stuffed , should be curled up in bed sleeping off accumulating fatigue , but have ventured out to an interesting BbQ style restaurant only 50 metres from my hotel called ” Sante ” 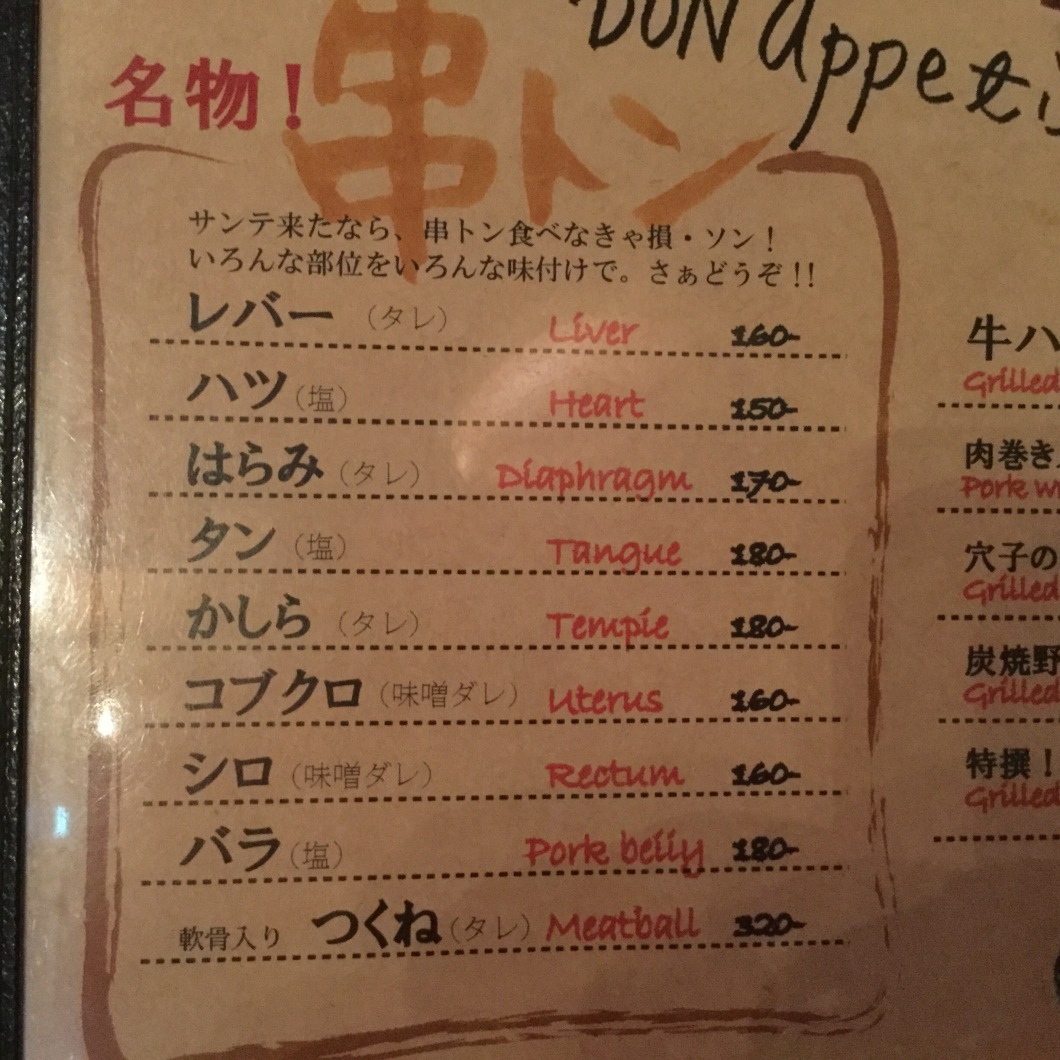 Had a good look at the parts of the menus that made sense to me. Called the cute waitress over and said , ” what do you think about the rectums ? ”

Wouldn’t be a conversation opener in NZ eh !

” are they any good or should I be safe and order the pork belly ? ” I wondered if they might be similar to a calamari dish in texture if not taste.

She suggests , lots of sign language going on ,that the heart or the uterus are also particularly delicious but was not really able to give me any sort of understanding.

Turns out they were only small appetisers , so I ordered a grilled leg of pig ( let ) . Very nice too.!