My plans to rise early and start cycling out thru the city heading to he western coast have been postponed for another day. Two reasons , Koji and Emii , my very hospitable hosts passed on an invitation to be present for a special family day , a day to commemorate the death of Koji’s father exactly one year ago.

Second reason was that my new Spanish cyclist friends needed some help with some modifications to both of their bikes on the eve of taking a ferry to China.

This ceremony is called the HOJI  (a Buddhist service) referred originally to the teachings of the Buddha, and familiarization with the heart of the Buddha.  The memorial service should be held on the anniversary of the day of death or on the eve of that day.

In a memorial service, the chief mourner (seshu) gains merit through virtuous deeds like offering food, drink, and flowers to the Buddha, or chanting sutras. S/he then transfers this merit to his/her deceased family members and ancestors, making a prayer that all beings, including him/herself, attain the Buddhist Path.

About 15 relatives came to the house and we’re all seated in a long tatami matted room. A Buddhist priest held the ceremony which involved a lot of chanting and bell ringing with little brass hammers and other chimes. Some group prayers involved all present.

Like many Japanese they have a special shrine in the corner of this room and included special momento’s and food that his dad was fond of . Koji — mid ceremony, signalled for us to come to the front and take some pictures , felt a bit odd but invitation was very genuine – we had to go and get our cameras.

This very interesting and special time again reinforces to me the advantage of travelling a country by cycle. Not many normal tourist will get such special insider invites and really get to see, feel , smell and hear the country they visit. The fraternity of the long distance cyclist . 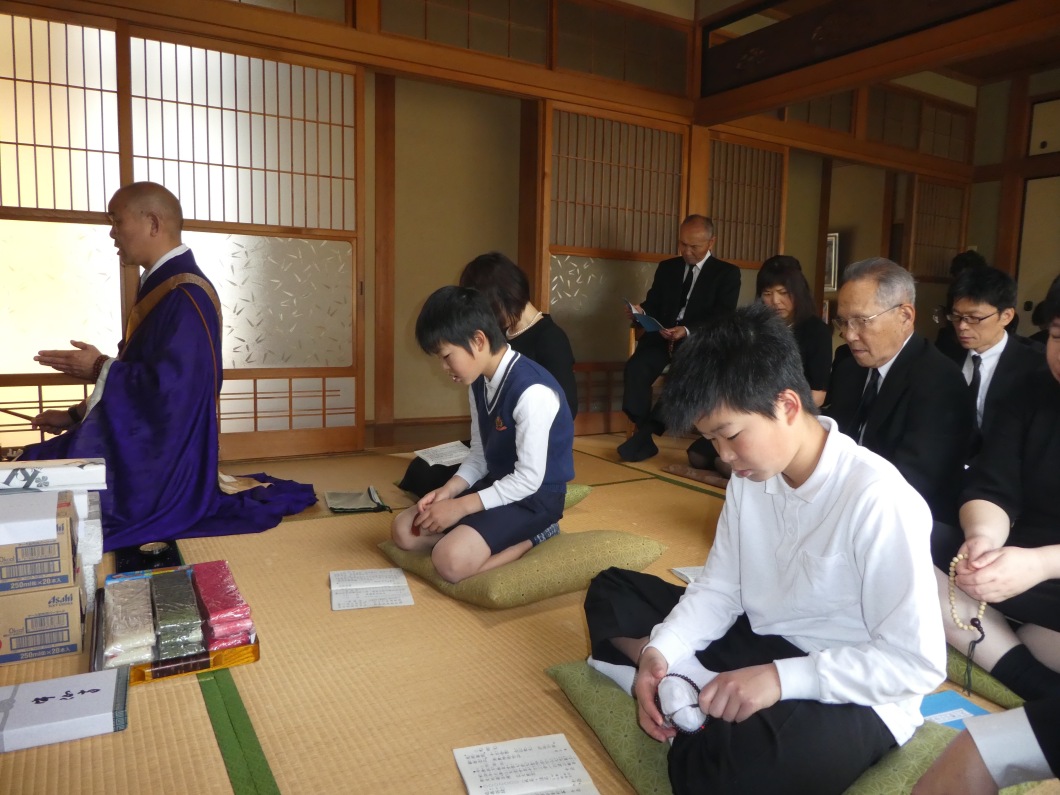 Koji and the end of this service having a few words with the priest. 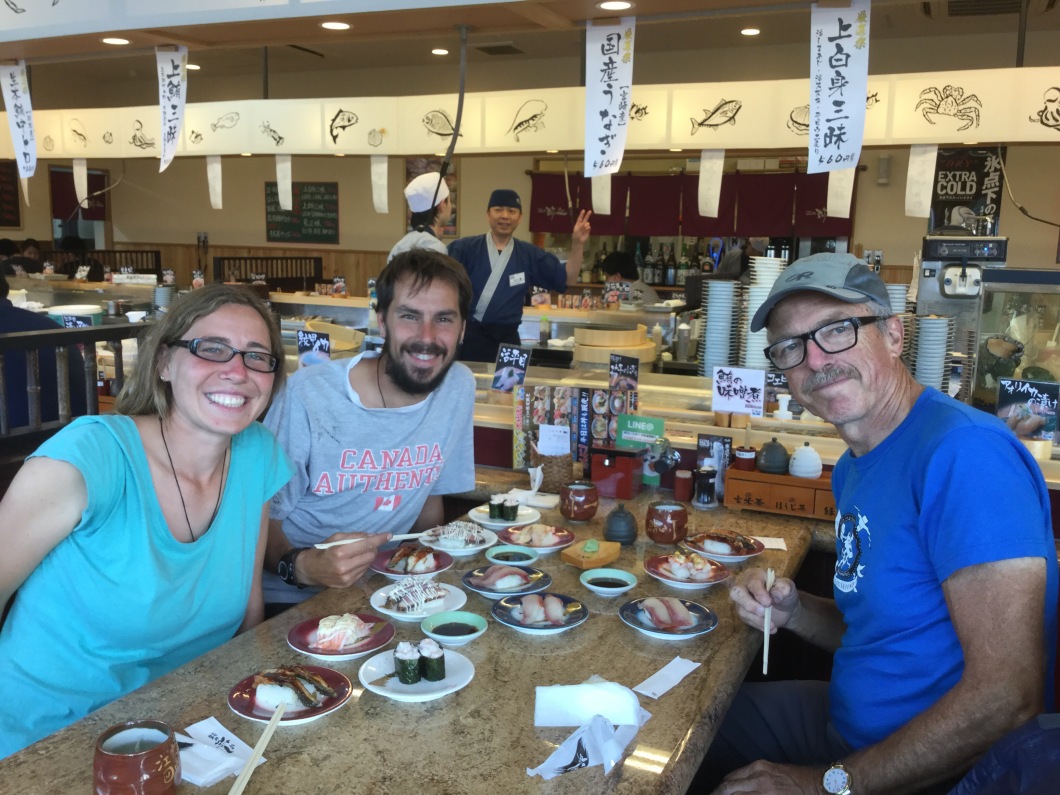 Maria , Ivan and I having a late sushi lunch out. Delicious and all the work on the bikes sorted out fine — ready for another 17,000 kms as they cycle home via China, Central Asia, Iran , turkey and on to Europe .Tough couple these 2 😊