The snowy. Mountains were a great backdrop as I headed north from Toyama , sometimes the air has has hint coolness that comes down from the high country .

Taka has an older French style touring bike – which we compared for the Photo. My ” Bob ” trailer is brilliant – decided the bike needed a name so she has been officially Chrisened Din. Now ” Bob and Din ”

The run north had a challenging section – about 10 kms that rune thru. A series of tunnel like tubes that had a scary number of trucks running the gauntlet with me

Met this cool guy , had a long chat but he was not very communicative so I rode on. But I was speaking English . 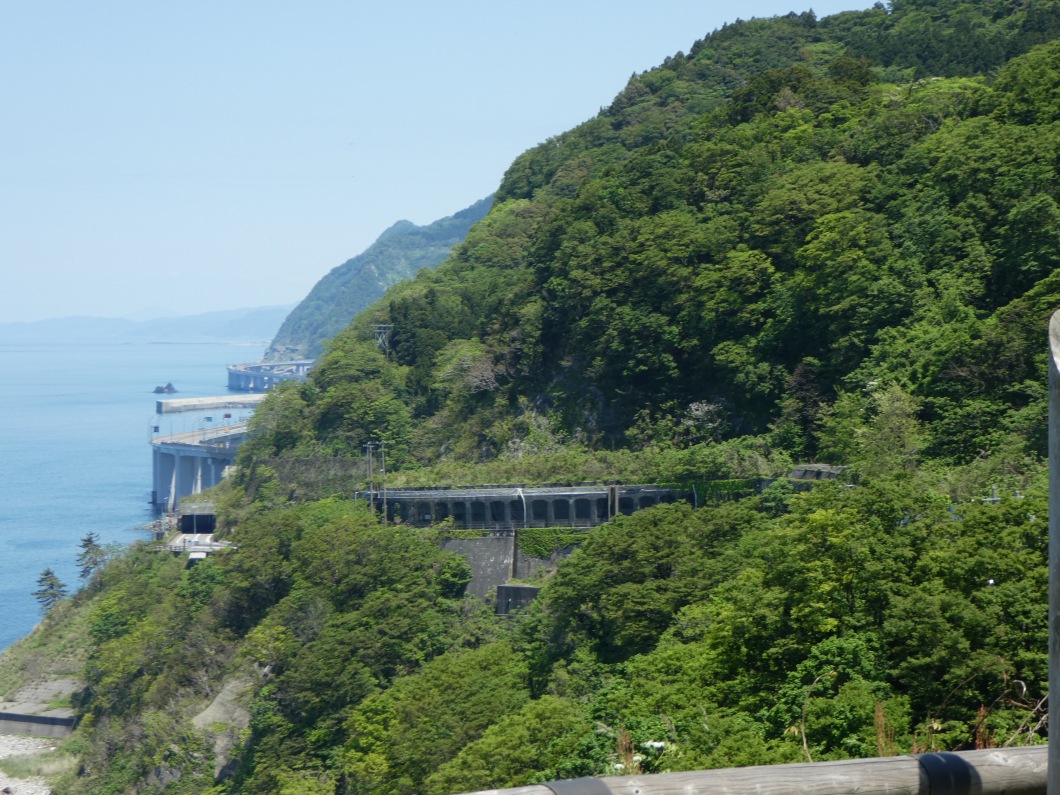 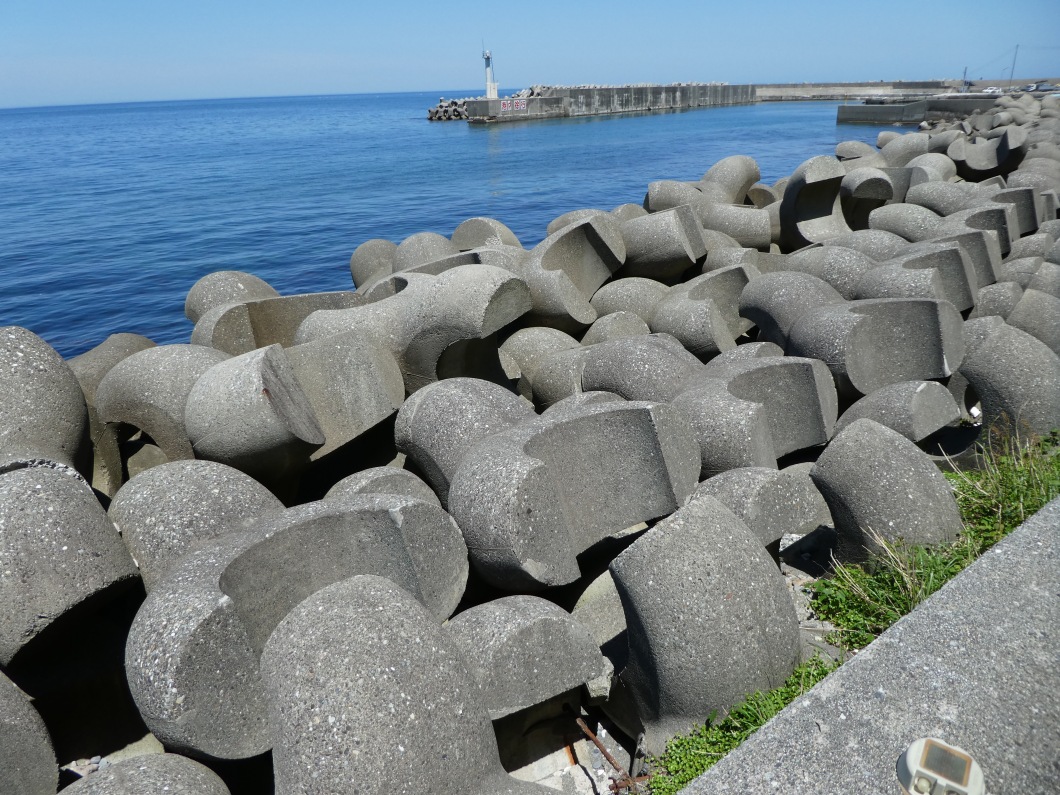 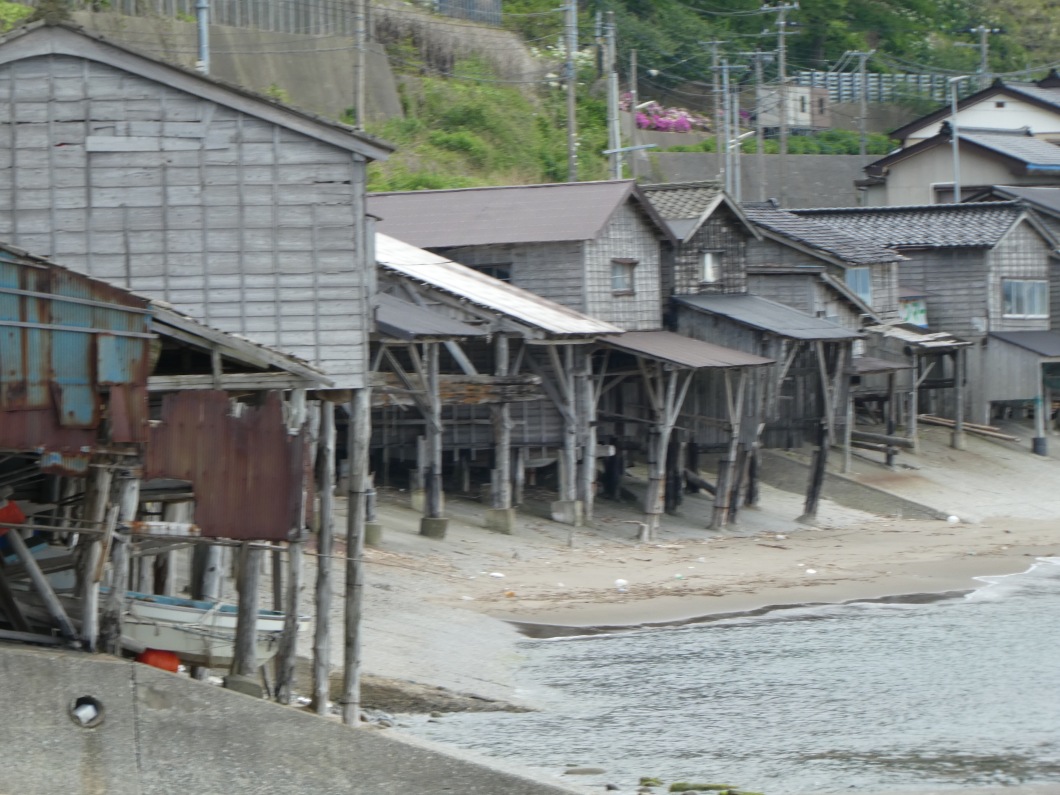 The coast is heavily man modified , breakwaters, artificial reefs , tsunami barriers and erosion control . Billions or maybe trillions of cubic metres of concrete can be seen in these clever interlocking blocks – man controlling the forces of nature – for a while