We flew in from Frankfurt , Rose N Carl from NZ and both landed in Seoul on Saturday. We both arrived at the ” Homestay ” accomodation called Pineville House , chosen for its close proximity to the Han river and the cycle trail. We all looked in pretty good shape , all things considered and both rhapsodising about horizontal benefits of Korean Air prestige class.

” no looking back ” declared Carl 😊

Pineville House is a private home of a wonderful generous Korean couple , Cha and Min. They gave us a warm welcome , Cha showed us the best restaurant nearby , and both of them have given lots of time and helpful advice. Their generosity has been humbling . 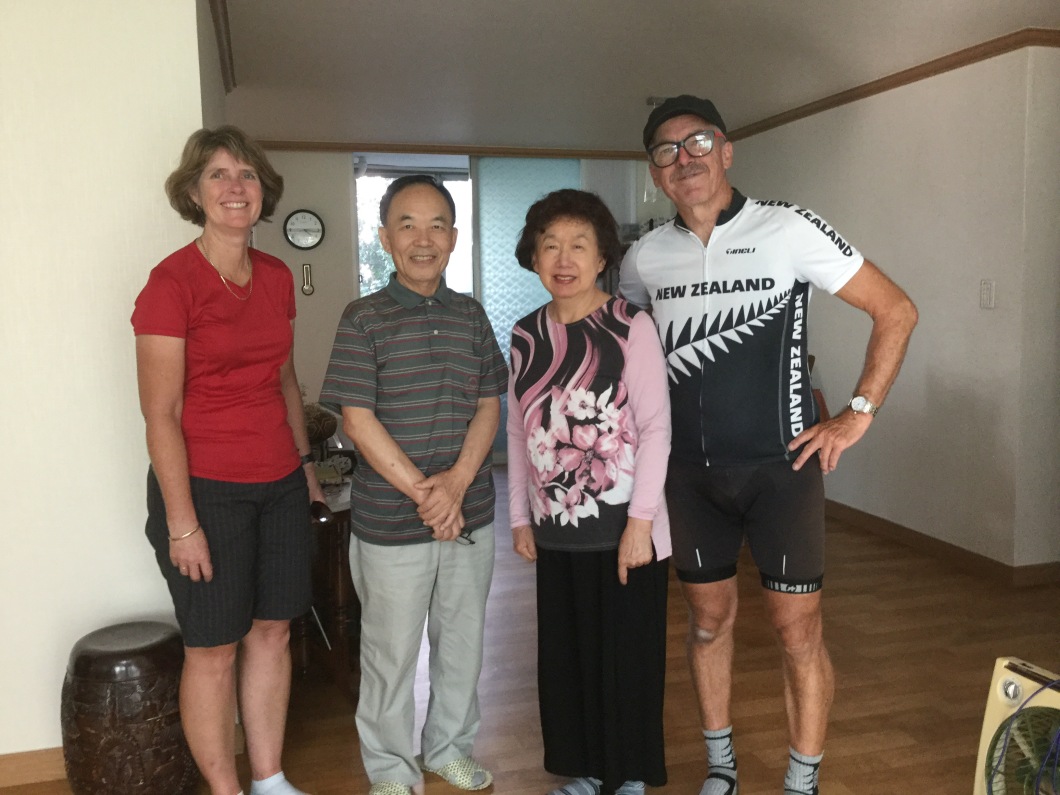 Our first day of cycling ( 54 km return unladen) has been a trial run out and back to the official starting point for the ride , the Ära Lock. Here you can buy an official passport for the ride and along the 633 km cycleway you have stamping booths where you use the official stamp – like old English phone booths. 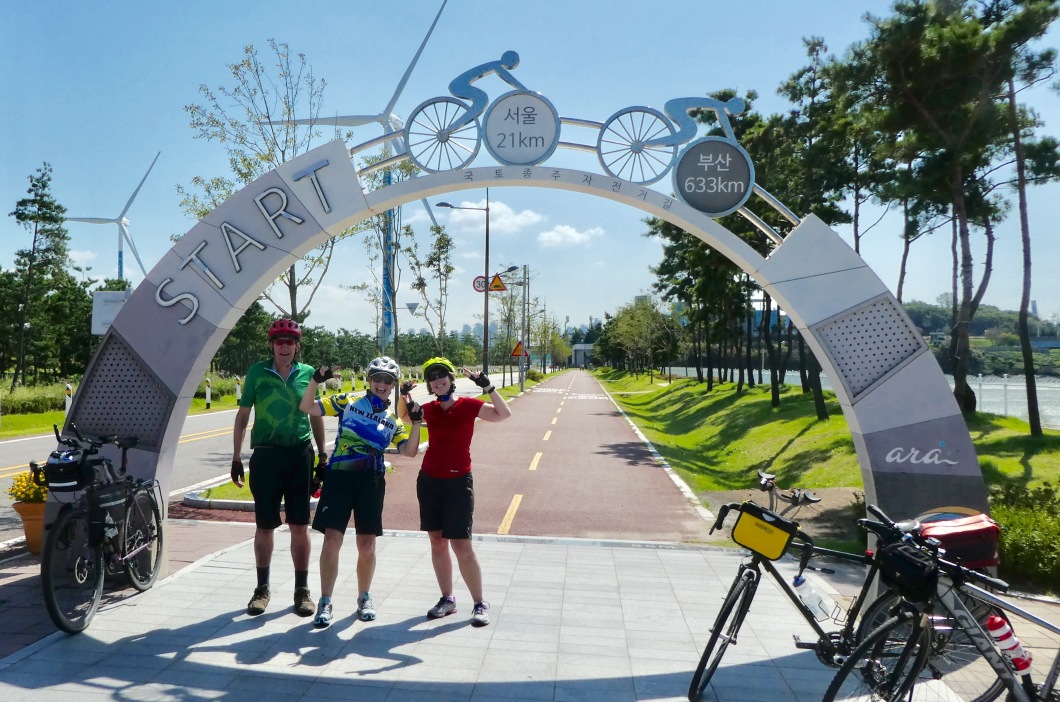 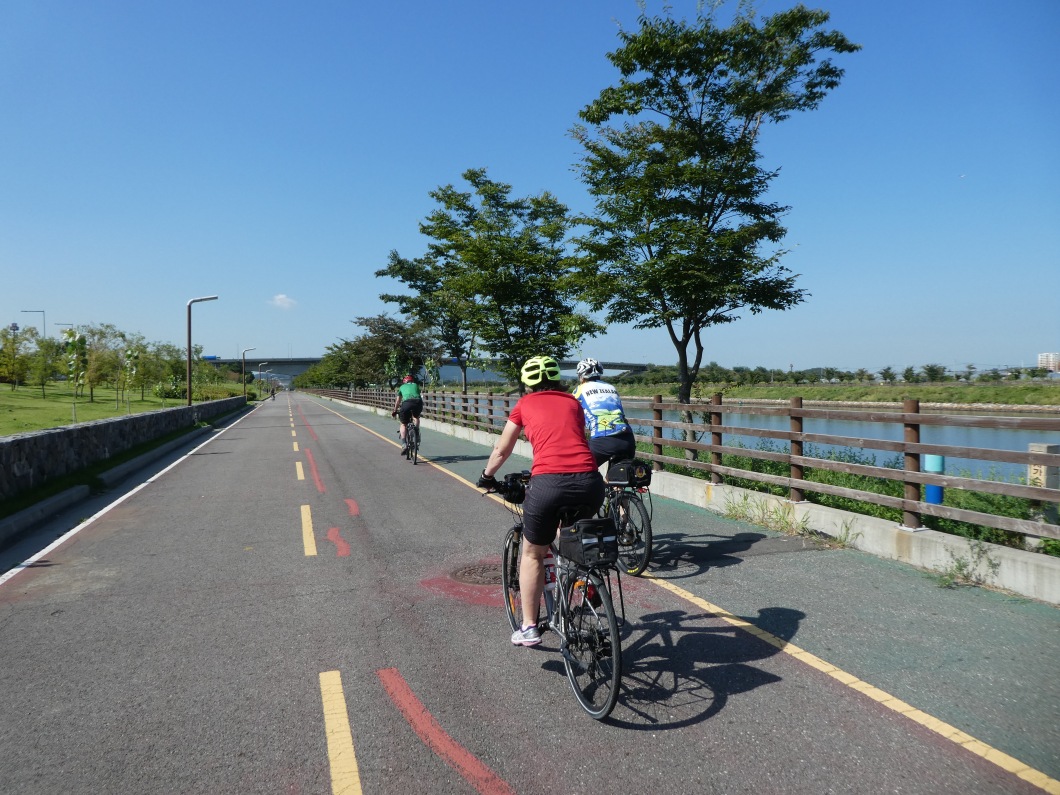 You can buy lots of cycling paraphernalia at roadside cafes and cycle repair stations , and the cycle trail has a steady stream of locals out cycling. We finally got a serious problem fixed on Barbs bike that had a failing rear hydraulic break. A complete new unit , callipers and handbreak lever was replaced in an outside repair station all for 50,000 WON ( about $50 nz dollars )

This was the parts cost only , the labour was free !!

Most Korean cyclists on the trail are wearing special masks to protect themselves from the fine dust that blows in from Mongolia .When in Rome ……   😉 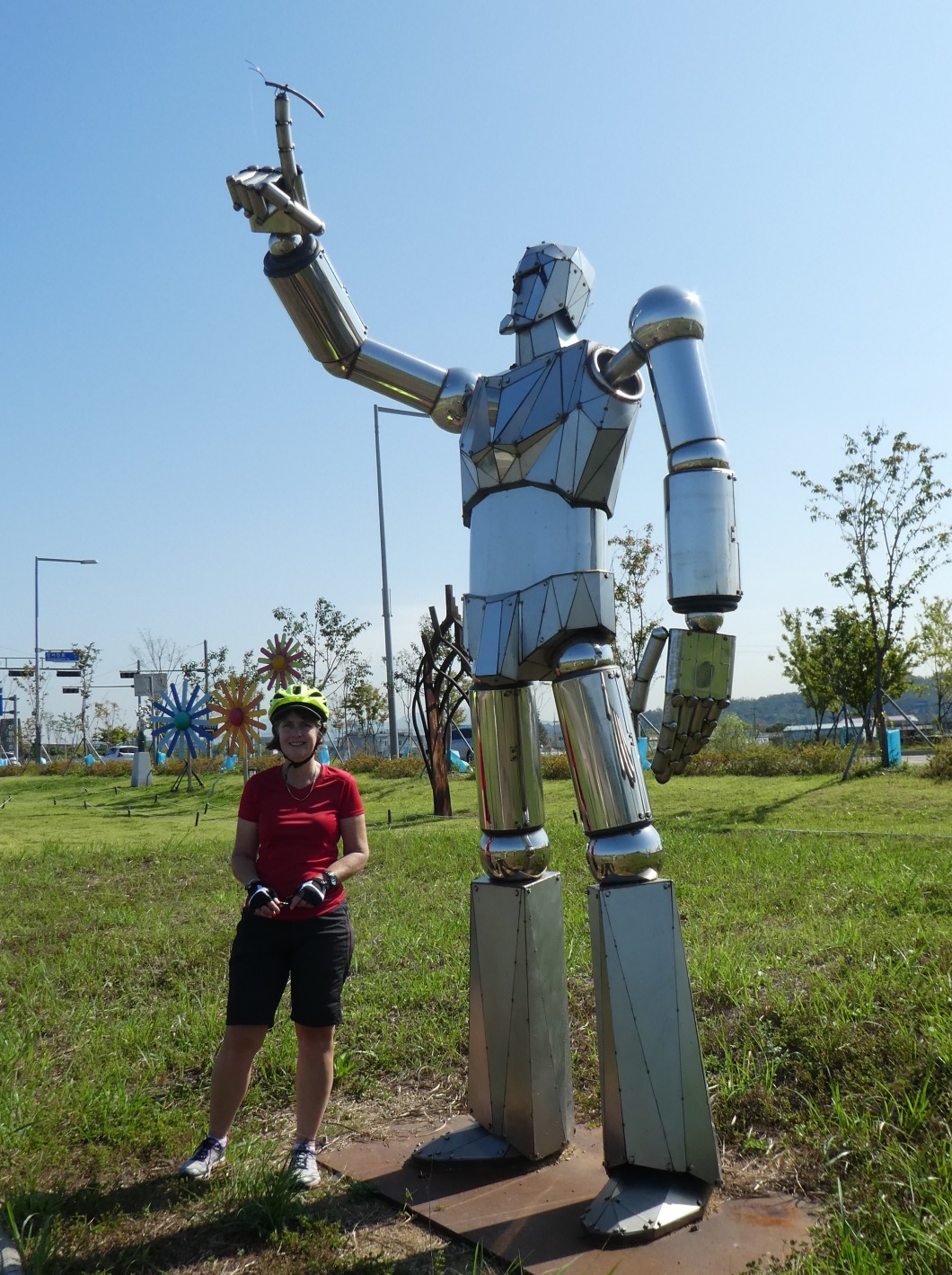 Some cool street art along the way 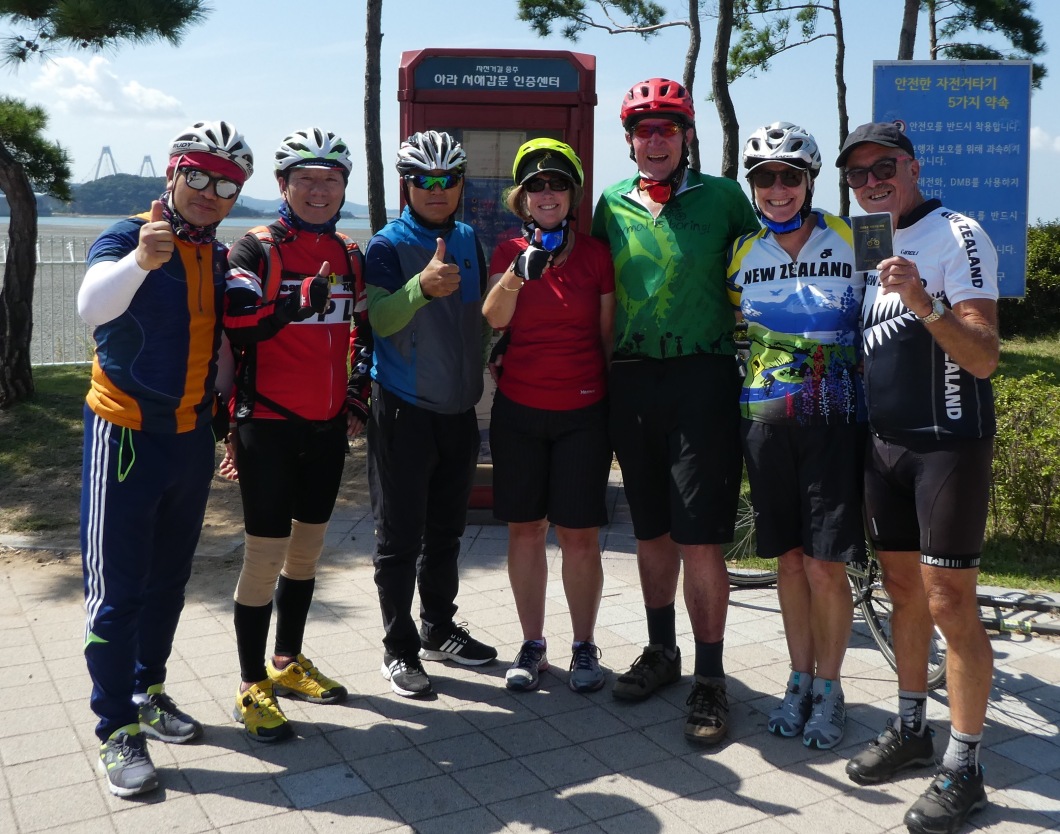 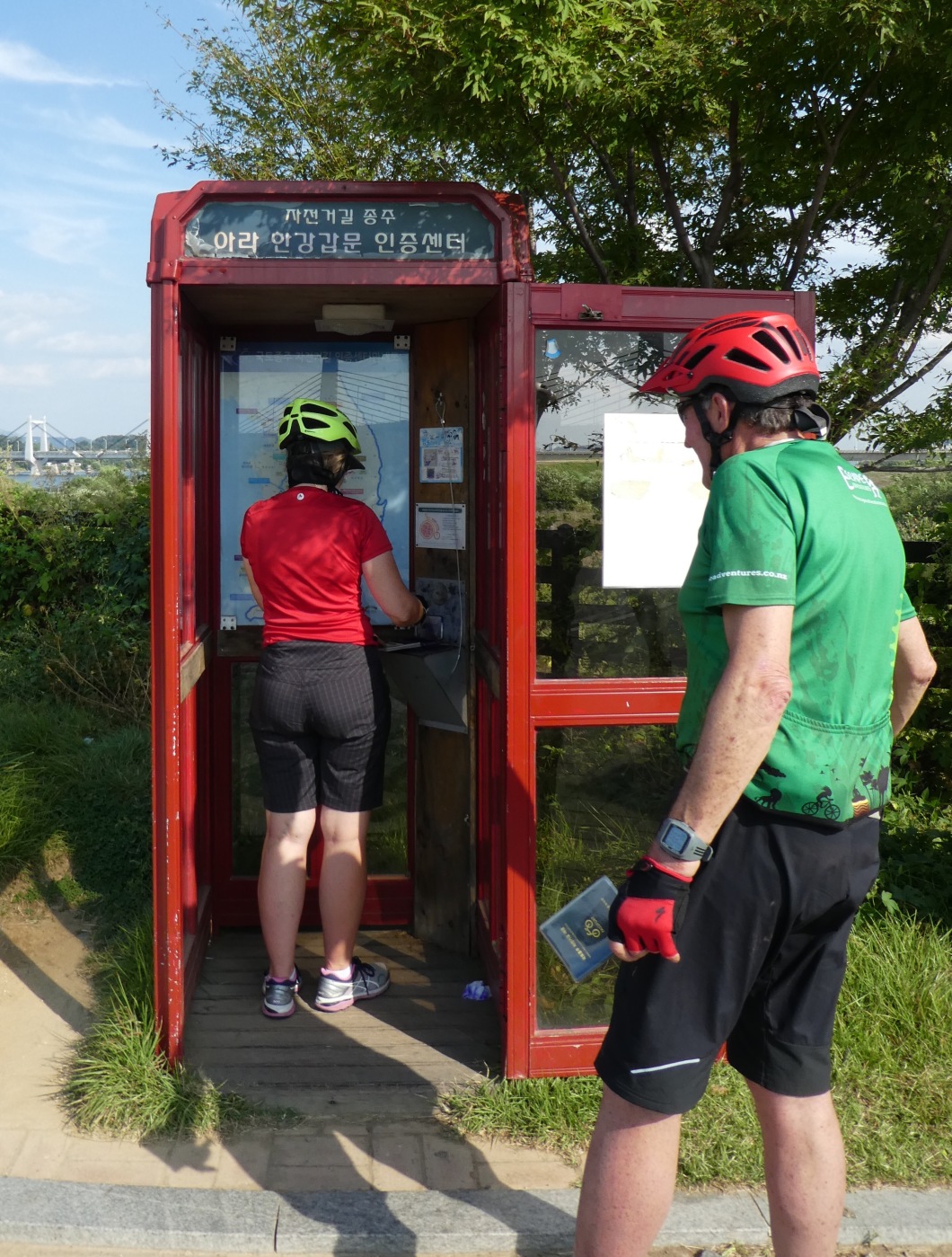 Lots of bridges here on the Han river , and convenient shady spots for cyclists to rest for a while .