day one – Clearing the city Limits 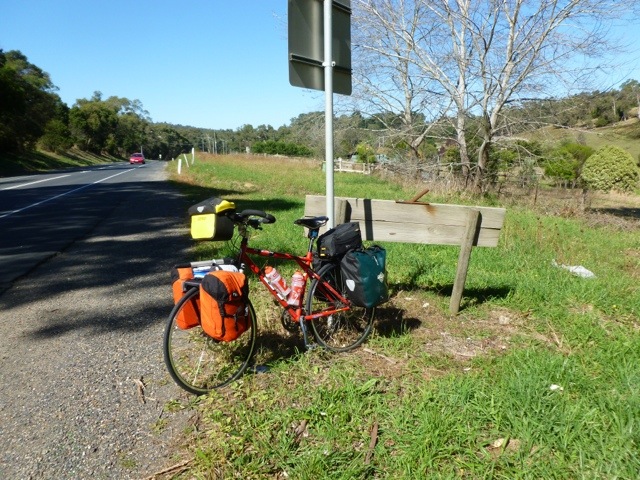 A late start from melbourne as I wanted to let the rush hour through before picking up a Met train to a place on the fringe of the city – Lillydale. The 8 km ride up st Kilda road to the station turned into a full on gladiatorial contest with commuter cyclists on the smooth sealed bike lane. – a little like our club Sunday rides when common sense departs temporarily someplace.
finally mounted Gertrude at about 11am and headed towards Healsville in heavy traffic . At Healsville I visited the information centre hoping for more detailed mapping and was told by the nice lady that the immediate route ahead crossed a bump called ” black spur” steep winding road with logging trucks that routinely took out guys on motor bikes. We agreed that these logging truckers are bad news – Nz as well – spawned from scum- but probably no worse than the ones at home I routinely duel with. her suggestion that I retreat and head back sth fell on deaf ears and I headed on. It turned out to be a really spectacular and beautiful place – eucalyptus trees taller than Kerikeri ‘s – a long climb that was steep at the start but continued relentlessly to the top. A really fast descent and then back to safer roads. it was a scary climb as the road is just so narrow and the traffic was squeezing past. The loggers performed as per usual- specializing in the close shave technique they develop in the absence of any formal training. Cycling on the open roads will always be a lottery – but this routes chances are akin to the office sweepstake for the melbourne cup. 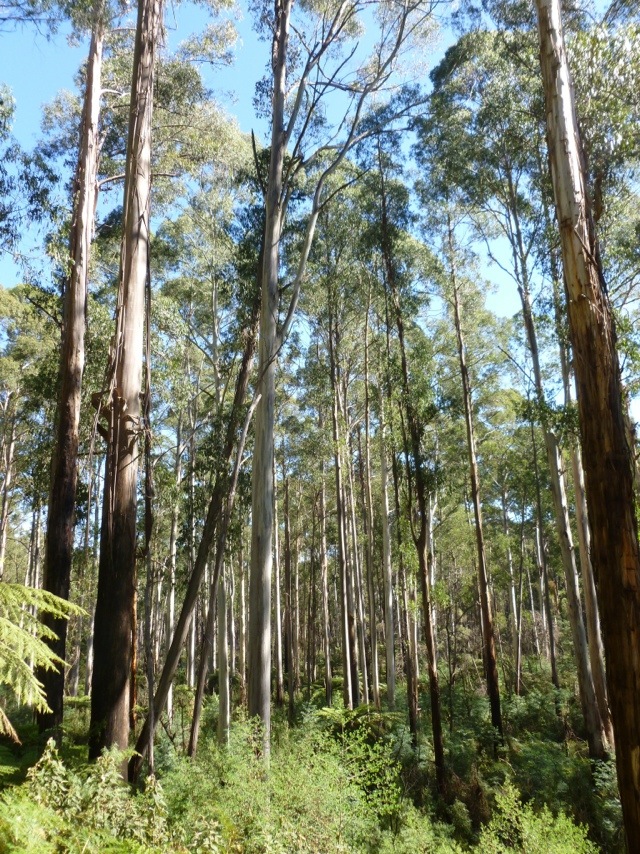 huge trees – and a spectacular climb 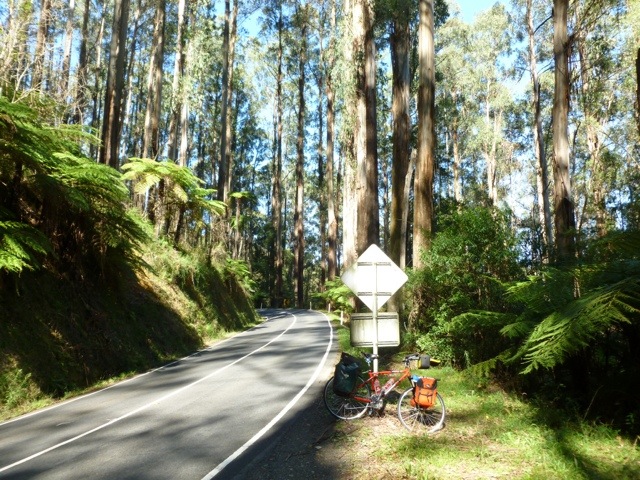 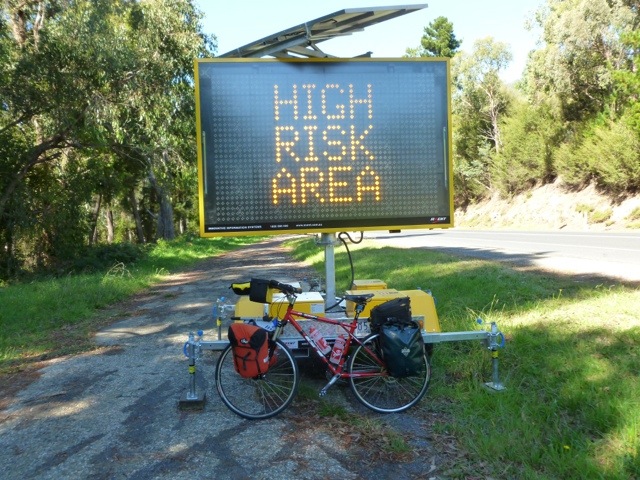 The rest of the day was into rolling country but very green – similar to home- they have had an unusual dose of summer rains and the country looks spectacular. Autumn colors are evident in the exotics .
All of my ” first days” on long rides are hard – or it gets easier as fitness builds. Today I finally put the pick down at about 5.30 – weary but satisfied to be about 130 Kms away from st Kilda .
perfect weather and more promised.

Spectacular country – a great place to be alive and on the move by cycle. 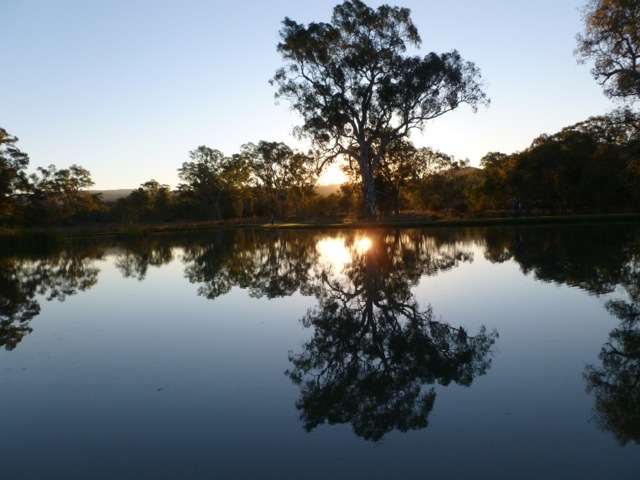