Day off at Lockhart + day 8 to Coolamon+finding Margaret

Spent a very interesting day in the area surrounding Lockhart. The recent 100 year flood had had a devastating impact on many locals. Water flooded into Lockhart – carpets in the pub ruined and many businesses has similar tales of woe. On the land debris built up on fence lines and after the flood water receded left a huge amount of work to repair.

I made a new friend , Ian Melville , in photo. Interesting man – Jazz and Soul Muszo – pillar of the local community with lots of different voluntary work. Keeps the bar vertical at the Commercial hotel – among many other talents. He had some shopping in Wagga Wagga . He offered to show me round the district and we did a big drive – huge circuit – stopped into a local beekeeper ( Dave and Wendy Mumfords) at Narrandera and had a chance to see his extraction set up.

I had managed to book a 30 min sports massage at Wagga – but was a bit short on clean clothes for my big day in town. Before we left I made a stop at the local opp shop and for $4 I purchased a really nice shirt and a pair of boxers. Scrubbed up well. 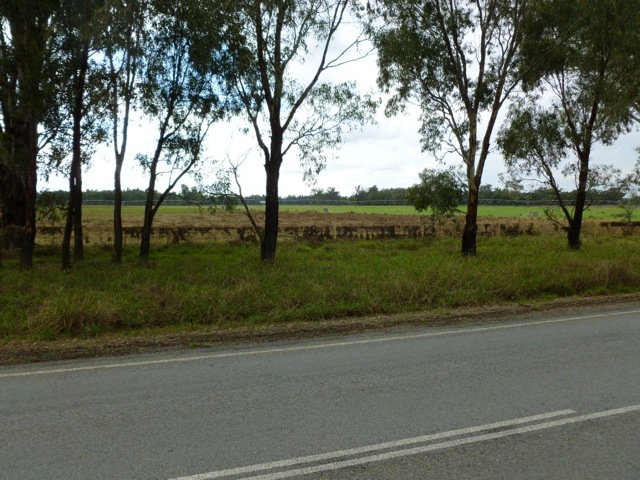 The ride to Coolamon was an easy 80 km – but into a headwind at times. Staying a bit more upmarket tonight at a very pleasant cottage attached to an old building that used to be a bank in town.

My hosts at the cottage ” Sweet Briar B&B invited me to a very lovely meal with their two boys. Towards the end of the meal Keryl heard a lonesome train whistle and said ” there is a heritage train stopping at the station here for a while ” lets take the boys and go for a quick look. Penny immediately dropped that it was probably the train David and Margaret were on. Raced down to the station and there was a big group of roudy older folk – train buffs – singing the old emotional tunes of that bygone era. Found Margaret quickly and gave her a hug. Took a few seconds of dawning realisation that it was I. caught up on the news and then they were off again – onto the next course of their 4 course silver service dinner.