My interest in Mungo man goes right back to my uni days when I studied  archaeology .The mungo dating was just hitting the press way back then , and caused a lot of interest shock and controversy as no one expected Homo sapiens to have settled AU that early on.

My family background was from a conservative evangelical Christian worldview , and one of the problems with this worldview is that it promotes a belief in a very young world , a world created in 7 days and only not all that long ago. ( within 10,000 years ! ) Naturally science has proven that this worldview is completely untenable in a literal sense at least ,and that life in many forms has existed on earth of many millions of years . While Homo sapiens are relatively newcomers , we still go back in tens of thousands of years.

The Australian story is fascinating as we have these dates that extend back at least to 50,000 years ago and place fully modern Homo sapiens living in Australia for all this time. Mungo man is but one example from AU , but after years of peer reviewed science the dates are not disputed. Australia has a unique place of its own in an understanding of the spread of Homo sapiens across planet earth.

The aboriginal concept of ” dream time ” takes on a whole new dimension with this appreciation of how long they have occupied Australia , they indeed may feel entitled to call Australia “home”.

In contrast the Polynesians settled the pacific , including NZ , on virtually the same grain of sand in a timeframe sense. They beat us Euros but only by milliseconds in the big time picture .( in nz maybe 2,000 years ) 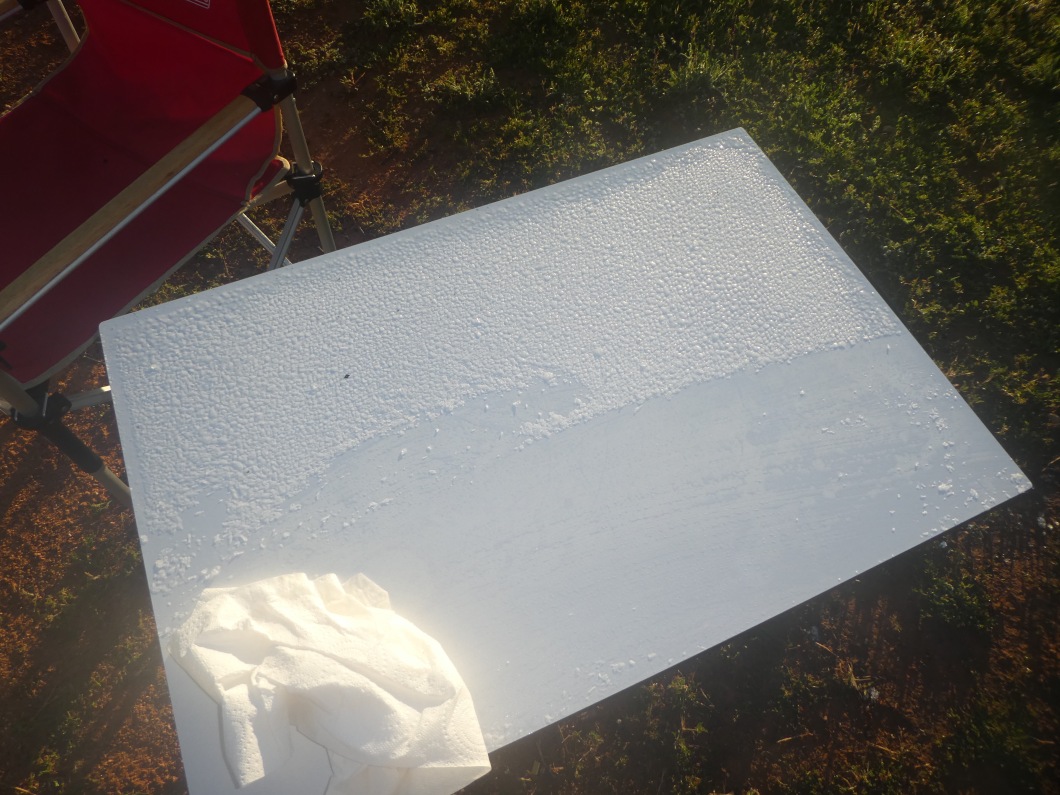 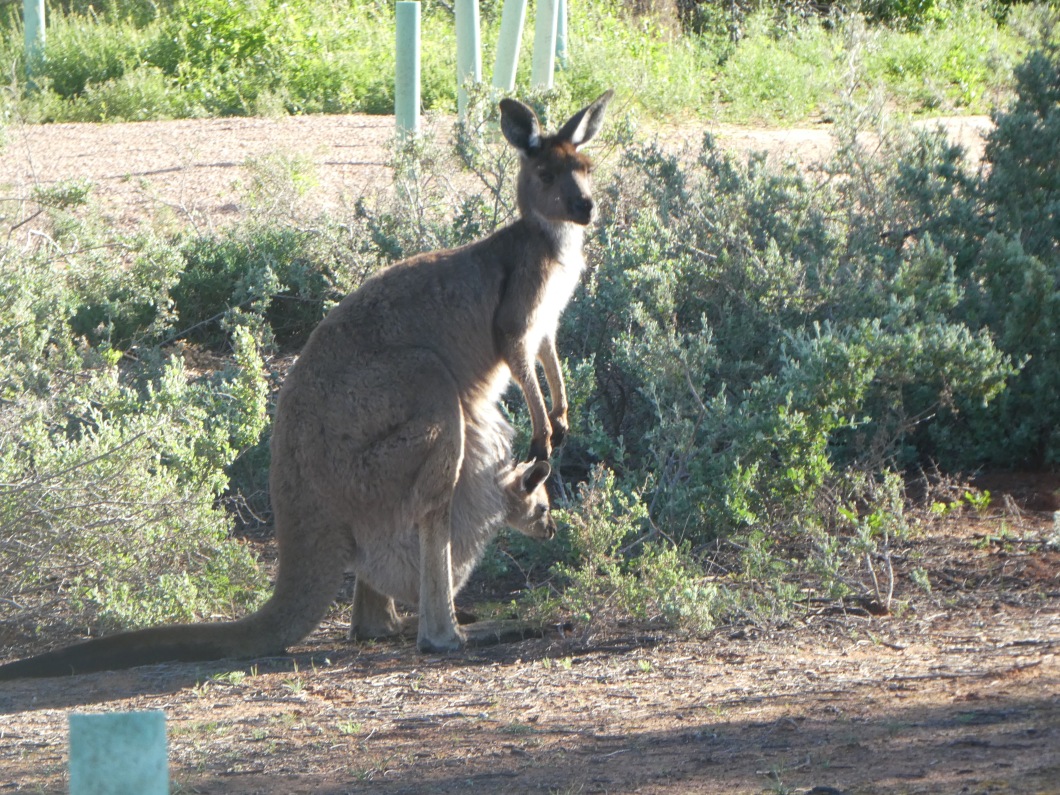 Note the ice on the table top – surprised me when I went to wipe it off at about 7.30 am 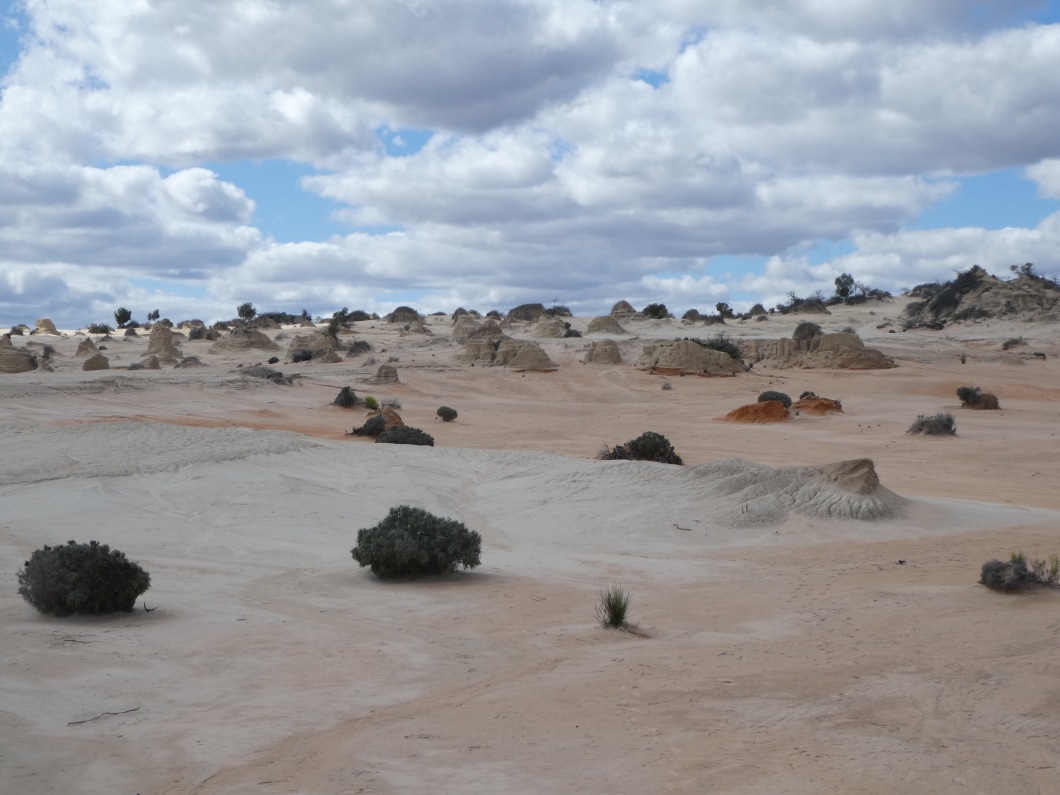 Lake Mungo is one of a number of one dried up lake beds in the Willandra area. Mungo dried up approx. 18,000 – 20,000 years ago at the end of the last major glacial age . At that time Australia had glaciers up in the snowy mountains area that feed the lake systems. The archaeological evidence proves that this area used to be a thriving green zone teeming with life . The lakes were full of fish and birds and other interesting Australian Megafauna. Possibly this indicates that aboriginal peoples first settled the inland areas of AU when the climate was not arid like today , but they stayed on and adapted to the huge climate change as AU became arid- desert like after the end of the last glacial period.

The Mungo lake is now a huge flat bed bordered by major sandunes built up -developed over the ages from the strong westerly winds. Erosion has exposed the stratigraphic sequence of ancient past and provided rich hunting grounds for prehistorians and scientists in many and varied disciplines. Multidisciplinary science has confirmed the dating and no one seriously disputes the dates now ( possible exception some “creationists “)