On to  Suanbo , Korean tourist town

Was a big day , just under 100 km , in fact Carl actually did a little over the 100 kms after getting lost and having to backtrack . The day started with a cool mist enveloping everything making for dangerous vis. It soon burnt off to reveal another stunningly fine and eventually very hot day . Had some tough climbs which I had completely forgotten . Bob reckons he remembers 😊

Had another scary encounter with a huge bunch of military tanks , all lined up with the huge guns pointed our way and guys with the machine guns standing ontop. Motors running and soldiers everywhere , a little intimidating. No one seemed to mind us as we sped past — thankfully .

Had some more amazingly great sections of the trail as it sits on top of flood embankments. Also one or two hilly sections on some quiet roads that I had completely forgotten about . 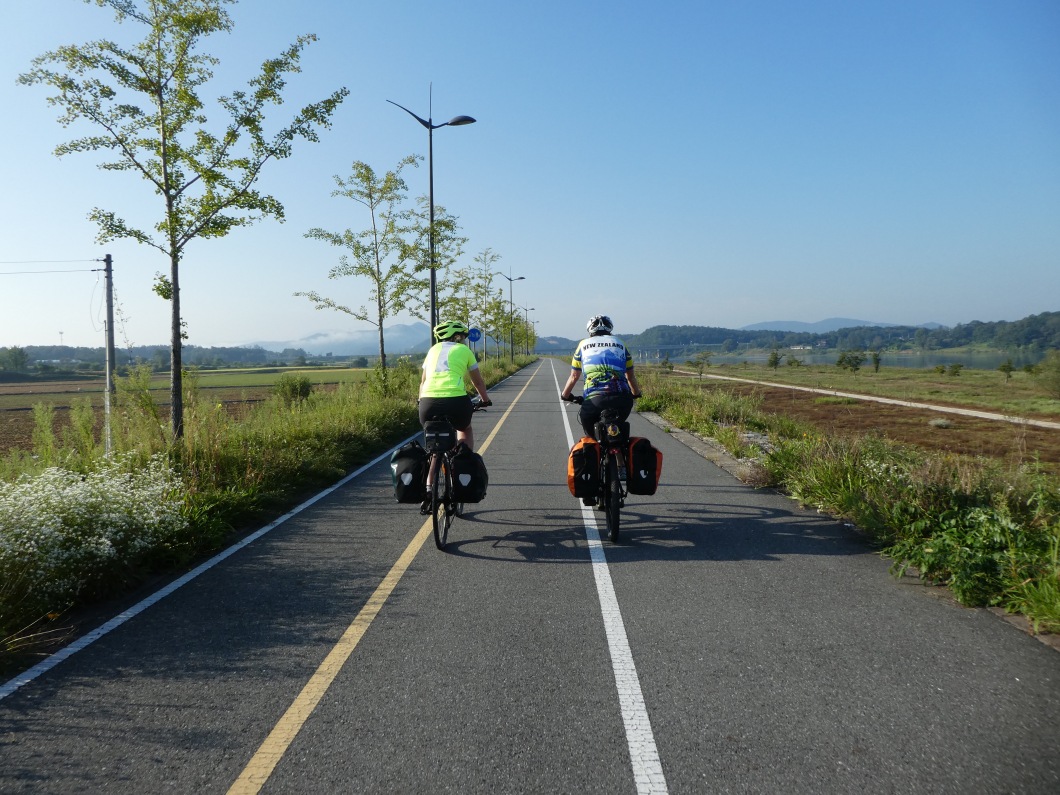 The last part of the ride was thru areas under intensive agriculture , fruit and vege. Interesting thing is the most of the vegetables are not known to any of us. We are beginning to understand that Korea is actually a great place for vegetarian travellers in that restaurants have plenty of vege — just need to order right and have luck in translation. The traditional Bibimbap meal is a great go to option , and so cheap too 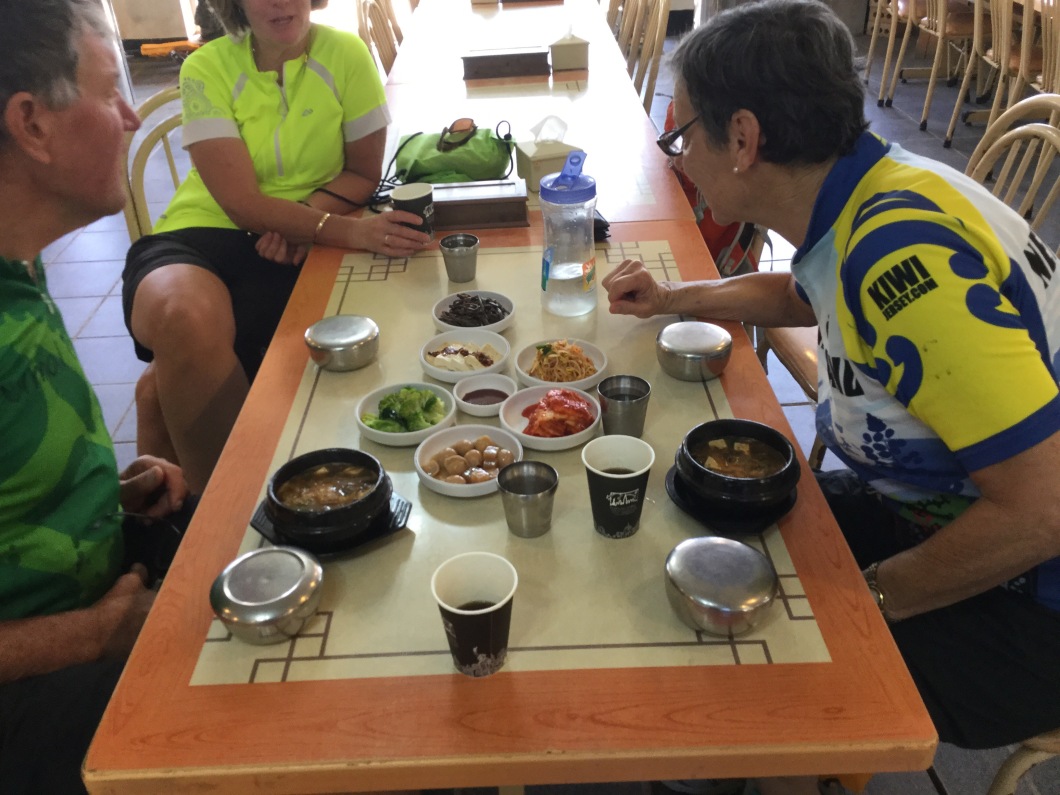 The day was dragging on somewhat and we were all feeling the heat and the accumulated kms. With about 20 kms to go we chanced on a great coffee stop where we had plenty of fluids and a collection of interesting Korean pasterty treats.

The last section was in stunning countryside , up a valley to this town called Suanbo. A spa town where Koreans holiday and enjoy the local delicacy , pheasant. Has a bunch of hotels and scores of restaurants. Have seen no ( Zero ) European tourists here , and in fact so far Zero European cycle tourists on the trail. One or two Korean cycle tourists  travelling with light bachpacks is about it. It’s an almost secret gem not many are aware exists.

At the Suanbo stamping station. These 2 70 + year old Korean guys had been riding with us , And as always Korean cyclists value the chance for a photo. Rose and Barb were happy to stop and as chance would have it , a large hotel was only metres away .

Checking out Suanbo , lots of bright lights and plenty of pheasant restaurants . Most ( 95% ) have only low tables and no chairs so we had to walk till we found western style tables . Had a fantastic Bibimbap
Our hotel had only tradional style Korean rooms which means no regular bed or any chairs😳

The cupboard has a bunch of these futon type bed rolls which we doubled up to make a nice bed. Bit like camping !