Had a big days ride planned. Was up at 4 am cooking up a Keto feast , carrots , peas and 3 fried eggs all with lashings of Olive oil. Finally set out with front lights blazing the way . Nearly hit a Kangaroo , they have no road sense at all. The remote road was very quiet and for my whole day ( about 11 hours ) I saw only a score of vehicles. This area is part of Australia’s “ Channel Country “ – vast flood planes and over fairly flat country.

Dawns arrival heralded by spectacular red horizon. The day stretched on and the heat began to build . Starting the day with about 12-13 kgs of water , as I needed to have extra if forced to camp . I was however keen to make it to the outback town of Boulia , place famous for some marine dinosaurs that lived hereabouts as far back as 100 millions years when this area was a huge sea. 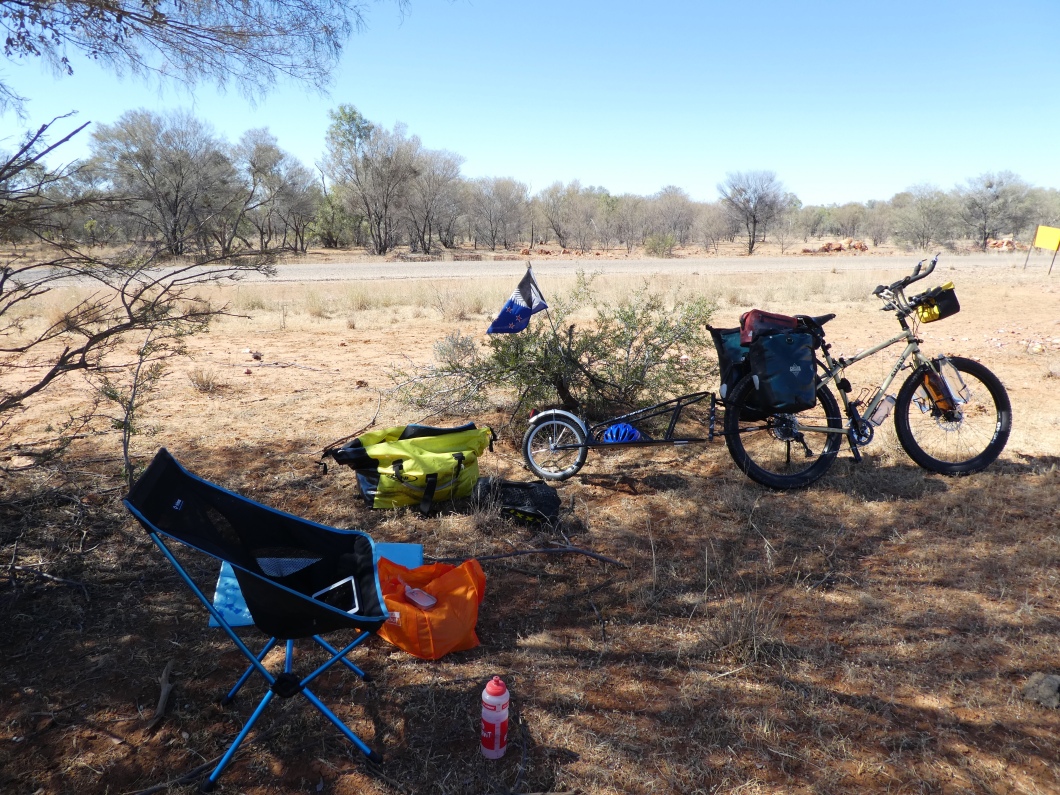 I stopped for lunch and boiled the billy for coffee and a nice relax out of the gruelling punishing sun. The flys continue to be horrendous and I’ve since learnt that this is considered a very bad year for them , from our perspective of course.

It become oppressively hot , and with only 20 kms to go I stated ditching surplus water , unending 1.5 litre bottles over my head and soaking myself thoroughly. The cooling evaporative effect was very soothing. Stopped at the 10 km and used the last bottle by this fashion. Was nice but I’d be dry as a dead dingo’s donga in about 15 minutes.

Called a rest day at Boulia and had a cabin for 2 nights. Personal retreat from the maddening flys. Saw the towns biggest attractions that include “ the Min Min “ lights , mysterious lights , sometimes seen near here with varied explanations. They do a very entertaining show. Also saw the museum with old vehicles , stone house from late 1800’s and an impressive display of some of the actual fossils of marine dinosaurs that lived here 100 million years ago when this was part of the sea. Very impressed. 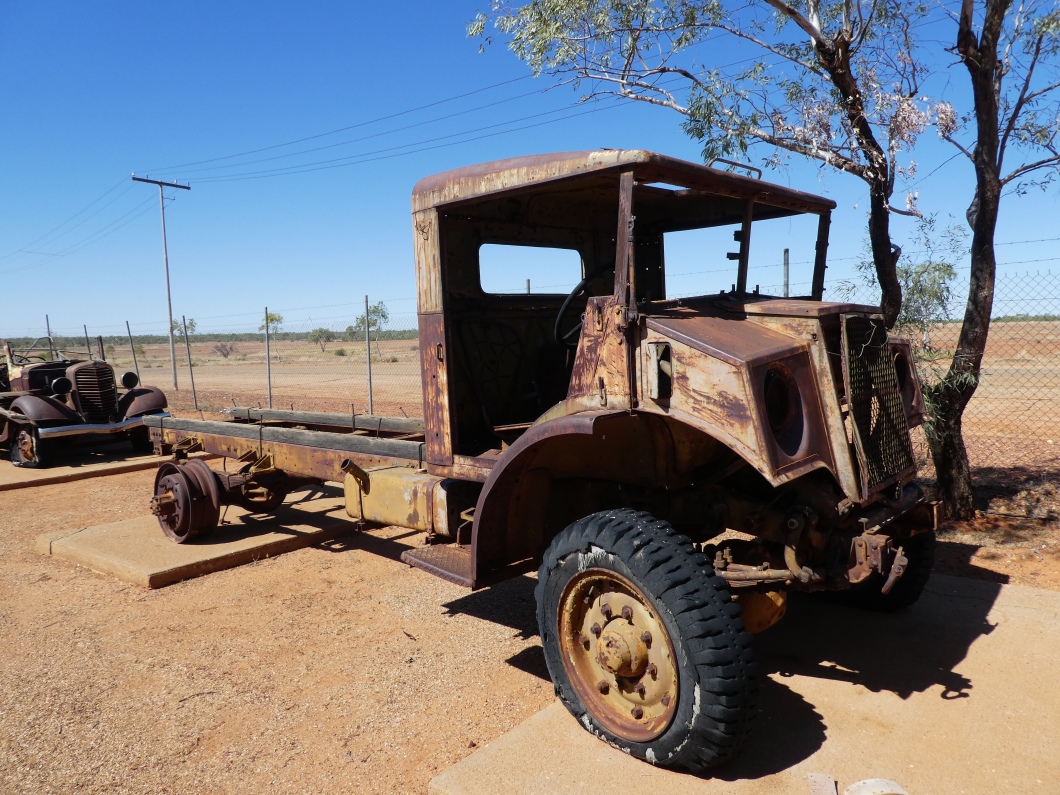