The ride in on Friday was ( 108 km) again fast n furious with favourable winds assisting considerably . The only flies in the ointment were the ones that pestered me at about the 80 km point when I broke spoke 5 . Off comes all the gear and the rear wheel while the work is underway. The money or moony shot 😉 summed up my feelings about spoke no 5 . Fortunately I did bring along about 12 spares so I’m still ok and the my good news came shortly after I started again after the repair. A call from Epic Cycles in Brisbane confirming that my replacement wheel is with AUS Post and I should see it on Monday or Tuesday in Longreach .

Fingers crossed for no breakage tomorrow or if one breaks it happens in the cool first 90 mins where the flies are someplace else .

With that news I decided to have a full weekend off at Barcaldine or Baccy as the locals say . An interesting town that has the distinction of being important historically after an 1891 shearer’s strike that set in place a series of events leading to the formation of labour and union parties. 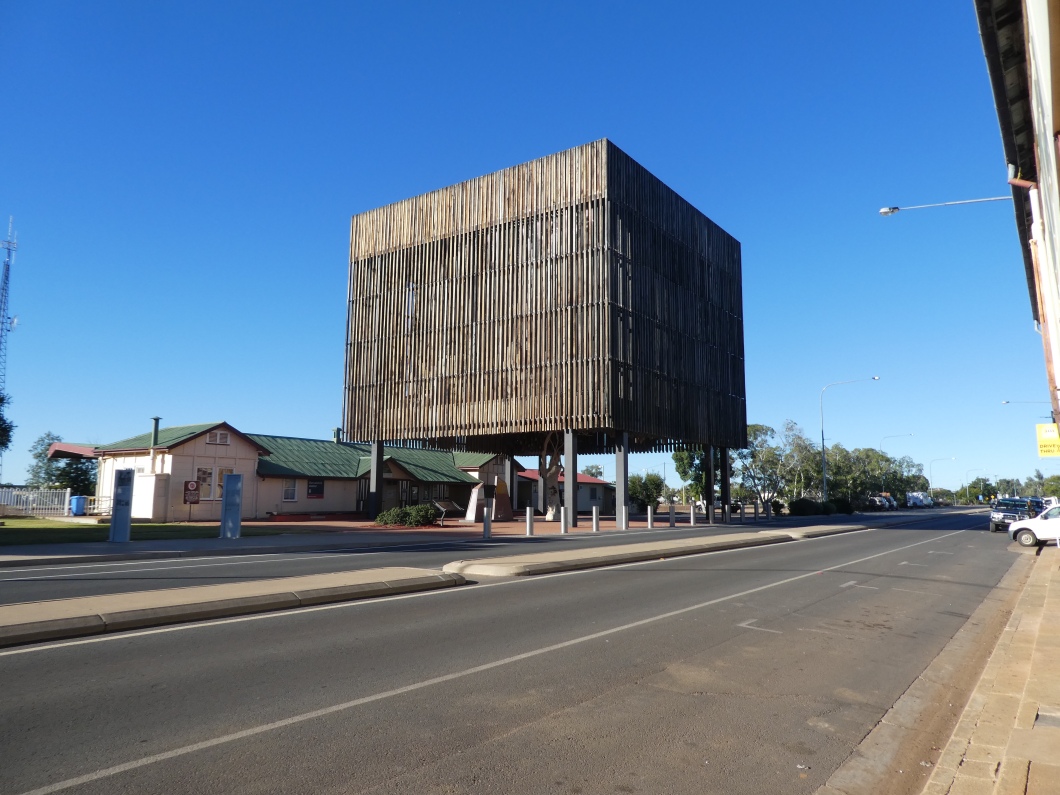 Someone poisoned this tree , but at huge expense it has been preserved and enshrined in this interesting wind chime like monument – structure. The 1891 strike was broken by the authorities and a bunch of leaders sent to prison for two years hard labour . It was however a turning point and two of those men eventually entered politics and gave the voice of ” labour ” some political clout.

The town has a population of only about 1500 souls , yet in the true blue Aussy style has five working pubs . Think they may all be doing it a bit tough. The caravaners moving through perhaps keep them in business . Not too much activity people wise .

The kiwi presence in the town is very strong due to the number of kiwi shearer’s who live in Australia . The relationship of these guys to their Aussy counterparts is an interesting story due to conflicts about the introduction of wider cutting shears . The union resisted this improvement but I think unsuccessfully.